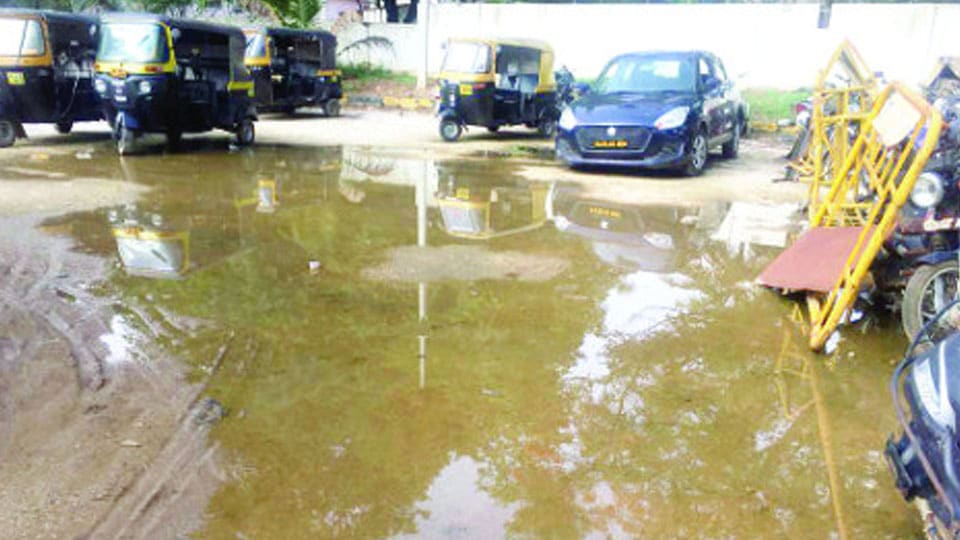 Mysore/Mysuru: Police personnel, who are the frontline Corona Warriors, are now risking their lives while performing their duties at Devaraja and Siddarthanagar Police Stations as both the buildings are in a dilapidated condition.

The buildings of Devaraja (Law & Order and Crime) and Siddarthanagar (Traffic) Police Stations are very much dilapidated and may collapse sooner or later if the rains continue to pour like last night.

The roof and walls of both the Police Stations have developed cracks and algae are formed on the walls as they absorb water during rains. Electrical appliances like lights and fans are mounted on the walls and roof and as they have absorbed water, there are chances of a short circuit which may result in fatalities due to electrocution.

Siddarthanagar Traffic Police Station, located near Kranthiveera Sangolli Rayanna Circle (Kurubarahalli Circle), which has Nazarbad, Siddarthanagar, Udayagiri, Gayathripuram, Kyathamaranahalli, Chamundi Hill and other places in its jurisdiction is the worst place during rains as water gets stagnant in the parking lot making the entire place slushy.

Meanwhile, Siddarthanagar Traffic Inspector Basavaraju said that the dilapidated condition of the building has been brought to the notice of the higher Police officials and preparations are being made for the construction of the new building. The space adjacent to the Police Station has been identified for the new building and measurements have been taken, he added.

Deputy Commissioner of Police (DCP) Dr. A.N. Prakash Gowda said that he would inspect the dilapidated Police Stations and bring it to the notice of City Police Commissioner for further action.