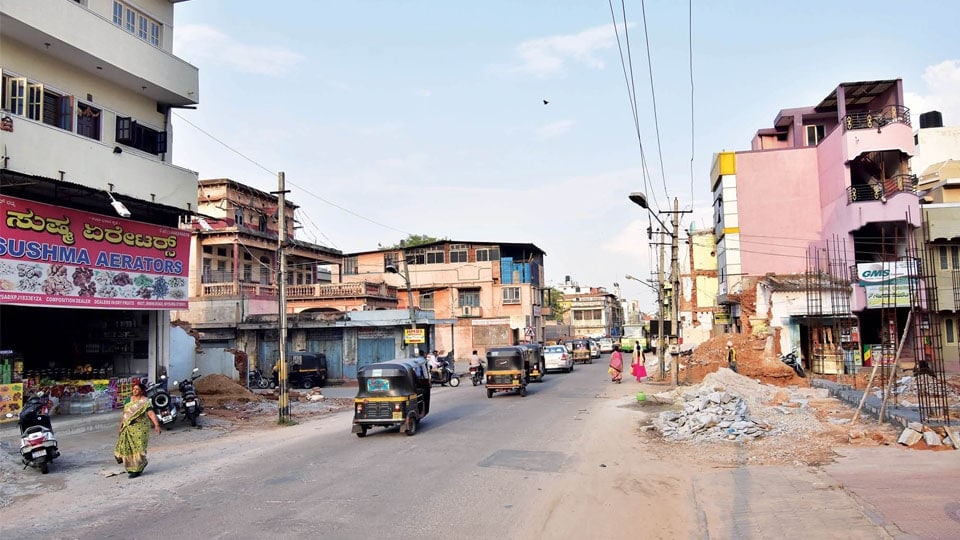 Pending works on Irwin Road widening to resume from June 1

Mysore/Mysuru: The widening and development works of Irwin Road, which was stopped following imposition of lockdown, will resume from June 1.

The partial demolition of buildings on either side of Irwin Road is in progress and 80 of the 86 properties needed for the road widening from Nehru Circle to Government Ayurveda College Circle has been demolished. The works to demolish the remaining six buildings would be completed this week and the road widening works would be taken up from Monday (June 1). The road would be made a double road with box drains on either sides, footpaths and road median, said a Mysuru City Corporation (MCC) official.

The road would be banned for traffic and alternate routes would be made and an order would be passed by the City Police Commissioner in this regard soon.