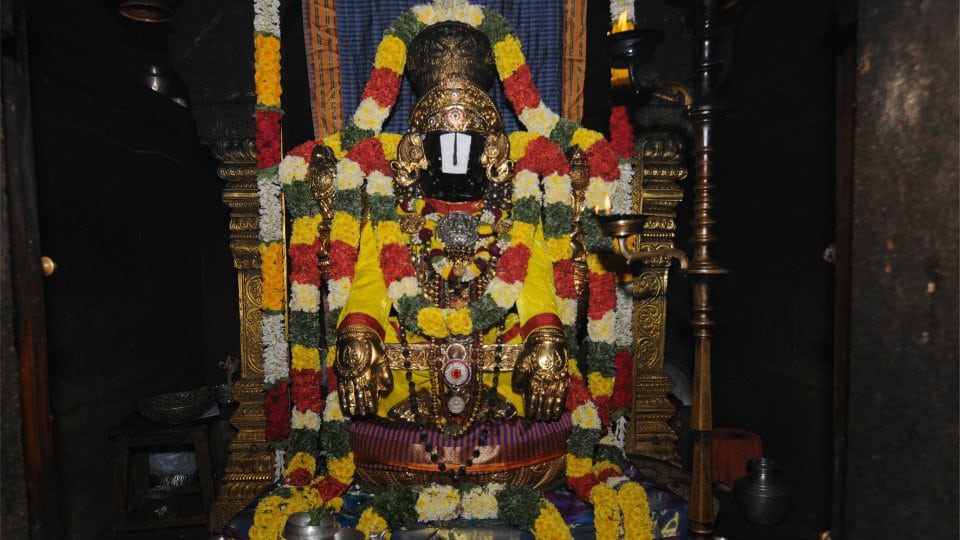 Mysuru: There was unprecedented rush at most temples, particularly those dedicated to Lord Vishnu in his myriad forms, in the city this morning on account of Vaikunta Ekadashi which was marked by special prayers and elaborate rituals.

Vaikunta Ekadashi is an important festival dedicated to Lord Vishnu and it occurs in Dhanur Masa (December-January). It is one of the most significant days, especially for the followers of the Vaishnava cult. The day is also marked by fasting and meditation apart from visiting temples.

The ‘Vaikunta Dwaram’ or ‘the gate to the heaven’ is opened on this day and this is the passage encircling the innermost sanctum of Lord Vishnu.

Scores of devotees queue up to pass through the Gate of Vaikunta and there is a belief that people who pass away on this day attain ‘Moksha’ or salvation. 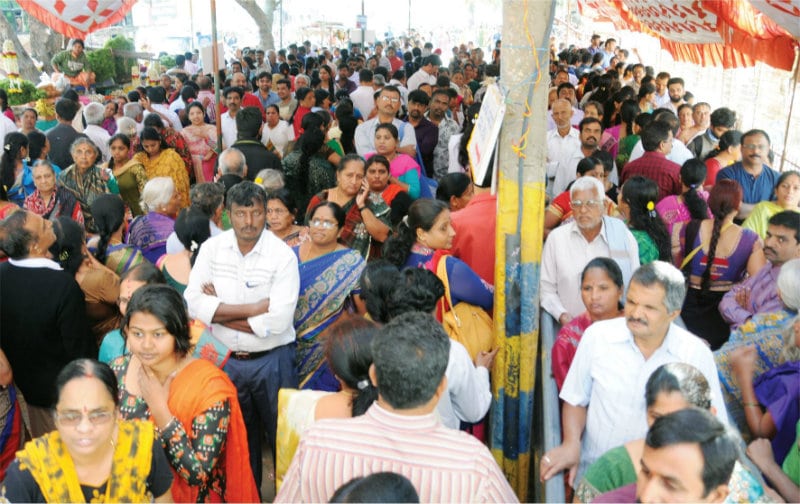 The Sri Lakshmi Venkataramanaswamy temple on the KRS Road was abuzz with devotees who began queuing up as early as 3 am for the ‘darshan’ and the temple doors opened at 4 am. Rituals were held till 5 am after which the doors of the inner ‘Prakara’ were thrown open for hundreds of devotees to get ‘darshan’ of Lord Venkateshwara on this Ekadashi.

All the temples were specially decorated with a variety of flowers to mark the occasion. ‘Vaikunta Dwaram’ was established at the temples and devotees were seen trooping in hours  before the crack of dawn.

There was a similar rush at the Sri Datta Venkateshwara Temple at the Ganapathy Sachchidananda Ashram premises on Ooty Road which was lavishly decorated with flowers to mark the special occasion.

Other temples including the Venkateshwara temple at the International Society for Krishna Consciousness (ISKCON) Jayanagar, Sri Yoganarasimhaswamy Temple at Vijayanagar First Stage and Sri Kalyana Sri Lakshmi Venkataramana Swamy Temple on Rajkumar Road too were full with devotees who braved the winter chill to have a darshan.

The chanting of suprabhatha and other devotional songs wafted through the temple precincts and most temples remained open throughout the day for the benefit of the devotees. Vendors dealing with flowers and other ‘puja’ materials had a field day in dispensing with the merchandise. Many temples had set up special counters and the charges ranged from Rs. 20 to Rs. 200. Prasadam like Puliogare, Upma, laadus and Kesari Baath were distributed to devotees.