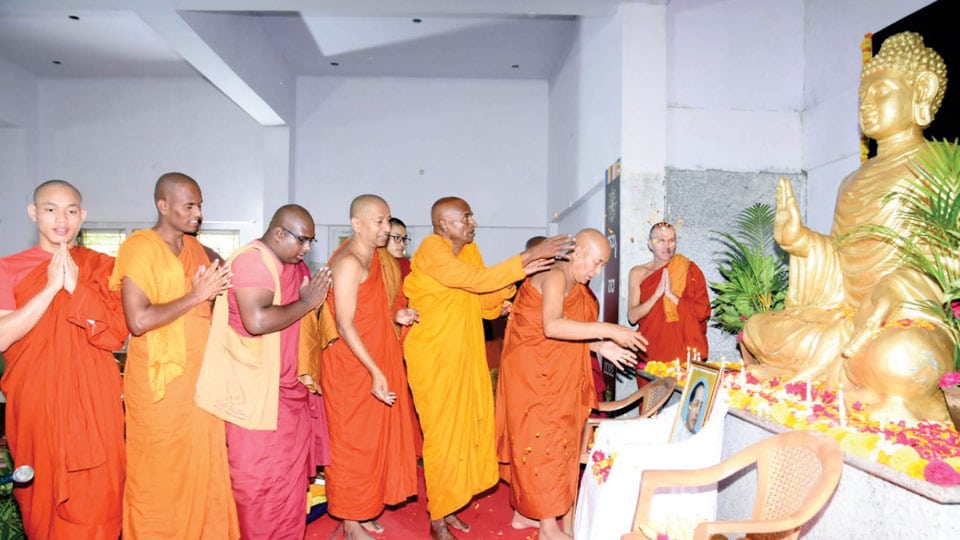 Speaking on the occasion, Bengaluru’s Mahabodhi Society General Secretary Anand Bantheji said that the 2566th  Buddha Poornima is being celebrated throughout the world on May 16. Accordingly, the Mahabodhi Society is celebrating by organising ‘Bodhi Saptaha’ featuring a variety of programmes including meditation, service etc.

Observing that Buddha’s message has assumed all the more significance now at a time when the entire world is going through troublesome, tumultuous and traumatic times, Anand Bantheji said that peace, friendship, unity and harmony, which Buddha strongly advocated throughout his life, is the need of the hour across the globe.

Earlier, Kassapa Mahathera, President and Abbot of Mahabodhi Monasteries, inaugurated the event by lighting the lamp.

The two-day event, which concludes tomorrow (May 15), features a total of six sessions, during which Bhantejis will administer the Dhammapada oath to participants.