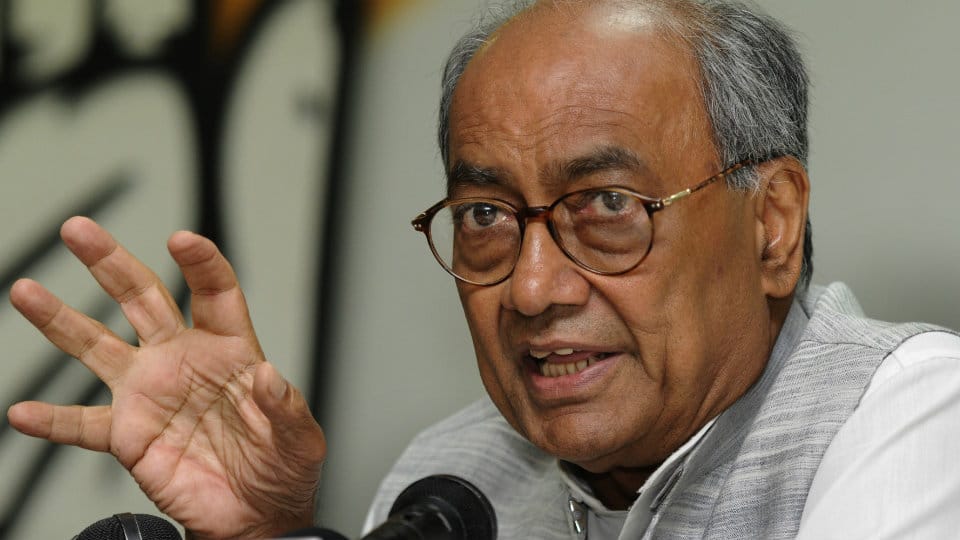 New Delhi: In a big shake up ahead of the 2018 Council Assembly elections in Karnataka, one of the few States in which the Congress is still in power, the party leadership on Saturday divested AICC General Secretary Digvijay Singh of the charge of Karnataka and Goa.

Singh has been replaced by former Union Minister K.C. Venugopal from Kerala, who is a trusted Rahul Gandhi aide.

While Venugopal, a Lok Sabha Member from Alappuzha seat in Kerala, has been tasked with winning the Karnataka Assembly polls in 2018, AICC Secretary A. Chella Kumar, a 56-year-old former MLA from Tamil Nadu, has been given the charge of Goa.

Digvijay Singh’s handling of the recent elections in Goa and subsequent developments had come under severe criticism   from within the party.

However, Singh will continue to be General Secretary in-charge of Telangana and Andhra Pradesh.

These appointments, according to AICC sources, signalled a strong message to the rank and file in Karnataka to gear up for the State polls.

Singh’s replacement at a time when CM Siddharamaiah is out of the country, has come as a big surprise to many Congress leaders in the State.

Many senior Congress leaders like Janardhan Poojari, Jaffer Shariff, M.V. Rajasekharan and  A.H. Vishwanath had been complaining about the style of functioning of Digvijaya Singh, who always backed Siddharamaiah.

Vishwanath had even gone to the extent of criticising Singh, that the AICC General Secretary was out to finish the Congress in Karnataka just as he did in Madhya Pradesh.