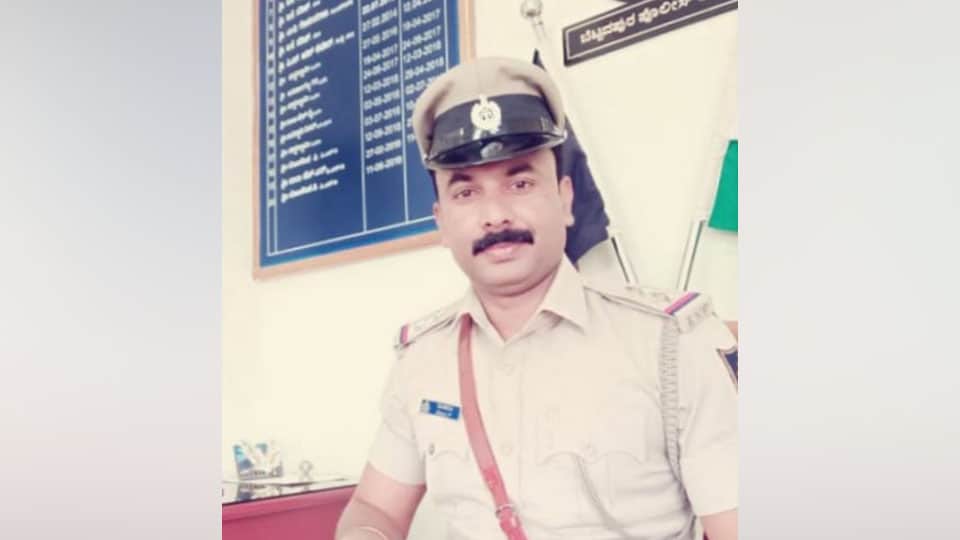 Mysore/Mysuru: Southern Range IGP Vipul Kumar has placed Bettadapura (Periyapatna) Sub-Inspector P. Lokesh under suspension and the order to this respect was issued yesterday. The IGP had received many complaints against the officer and following this he had ordered a probe.

Following complaints from farmers about illegal stone quarrying at Kesuvinakere Kolimane Survey Number 34, Dalit activist Annaiah and journalist H.D. Ramesh, in the month of February this year, had been to the quarry site to look into the issue and report the same to senior Police officers.

The illegal stone quarry activities were immediately reported to Circle Inspector Pradeep, who had sent Sub-Inspector Lokesh to the spot and asked him to submit a report and take action against quarry and stone crushers.

But Lokesh allegedly hid the facts and illegalities from his seniors and had in turn abused Annaiah and Ramesh questioning their credentials to report illegal activities. This led to arguments and heated exchange ensued between them and Lokesh alleged that Annaiah and Ramesh had come to the mining area to extort money from the crushing unit owners.

The officer, instead of putting an end to illegal quarrying, allegedly warned Annaiah and Ramesh that action would be taken against them if they venture into the mining area again. The scene was recorded by a Police Constable and was later circulated on social media and TV channels, blaming Annaiah and Ramesh.

Mysuru SP C.B. Ryshyanth ordered a probe and had sent sleuths from District Crime Investigation Bureau (DCIB) to covertly conduct an investigation into illegal mining and the role of Bettadapura SI Lokesh. The DCIB personnel submitted a report and the SP directed Bettadapura Police to book two cases against illegal mining.

Though action was not taken against Lokesh in this particular case, there were several complaints against him including the incident where lack of security measures resulted in unruly scenes from hundreds of people when Periyapatna former MLA distributed food kits to people recently.

Also there were complaints of Lokesh partying in Somwarpet, leaving his headquarters. The photos of him partying had reached his seniors. IGP Vipul Kumar had directed Hunsur Dy.SP Sunder Raj to investigate and submit a report.