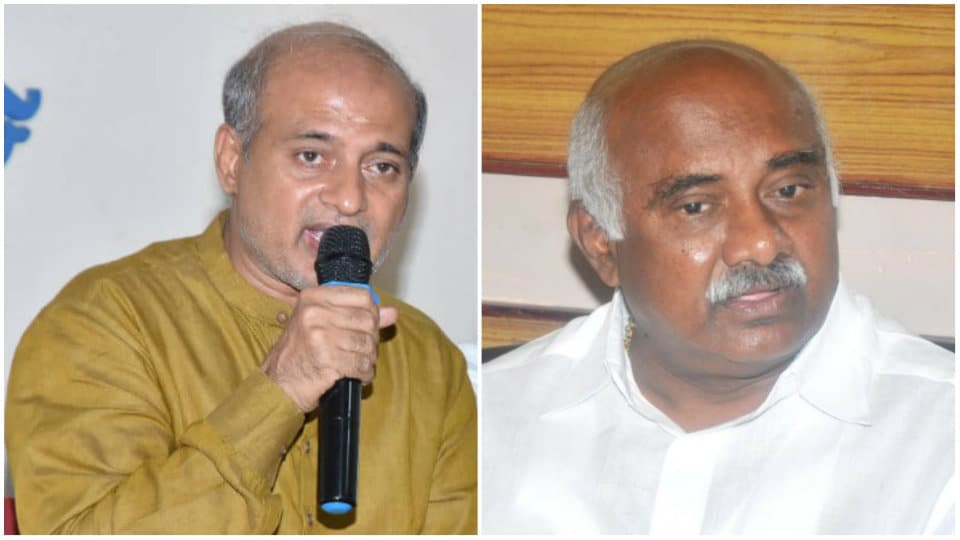 Addressing presspersons at Patrakarthara Bhavan here this morning, Vishwanath said  that being involved in active politics for the past 40 years, he was unable to digest the allegations being made by a ‘Real Estate’ person (S.R. Mahesh) of him accepting Rs. 25 crore to topple the JD(S)-Congress Government.

“Mere allegations will not fetch anything. It is important that truth comes out in public. I am inviting S.R. Mahesh for a truth test in front of Chamundeshwari on Thursday (Oct. 17) at 9 am. Let him prove his allegations with proofs and also bring the person, who has paid me Rs. 25 crore. In case he (Mahesh) fails, he must seek an apology and must not speak about the matter in future,” Vishwanath  challenged.

On bifurcation of Mysuru district

The proposal to bifurcate Mysuru district is not new. I have been fighting for it for the past one year. The reason behind a separate district (Hunsur) named after late CM D. Devaraj Urs is purely based on development and not for personal gains, said Vishwanath. A few people have been opposing the idea stating that no district has been named after a person. But, Prakasam district (Andhra Pradesh), KCR district (Telangana) and Periyar district (Tamil Nadu) have all been named after a person. People who have been criticising must study the Hundekar Committee Report before commenting on the issue, he added.