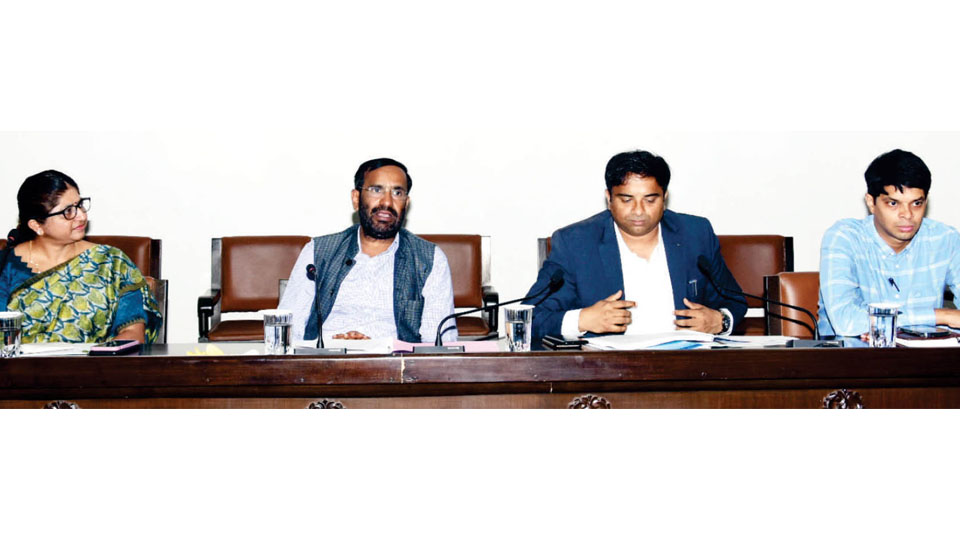 Mysore/Mysuru: Expressing disappointment over the delay in the execution of works undertaken by the Engineering Division of Mysuru Zilla Panchayat, District In-charge Secretary N. Jayaram took the officials to task for the inordinate delay.

He was speaking at the District Progress Review Meeting held at ZP Hall here on Saturday.

Noting that the officials have a free hand now that there is no elected representatives in ZP to show fast progress of works, Jayaram asked the officials what was preventing them from doing so.

Observing that there has been a long delay even in the execution of Har Ghar Jal drinking water project, he said that the list of pending works seems to be longer than those executed and warned the officials that laxity and complacency will not be tolerated.

Continuing, Jayaram said that the officials must not be of the opinion that mere issuance of work order means that work has been done. “I will make surprise visits to work spots and will not hesitate to take severe action against the officials concerned if I find any lapses or stagnation in execution of works”, he cautioned. He directed the officials to make use of latest technologies in road development works.

Deputy Commissioner (DC) Dr. K.V. Rajendra said there are complaints about misuse of grains supplied under the PDS, which the officials should consider seriously and take necessary action for preventing misuse or diversion.

Pointing out that the overhead tank works undertaken under Jal Jeevan Mission must be completed by March, he said that the contractors who back out midway or make inordinate delay in the execution of works must be blacklisted.

ZP CEO B.R. Poornima said that the ZP is building overhead tanks in areas adjacent to residential layouts formed in the city outskirts. Taking exception to this, Jayaram wanted the ZP to halt the construction as it is the job of developers.

MCC Commissioner G. Lakshmikantha Reddy and other officials were present.