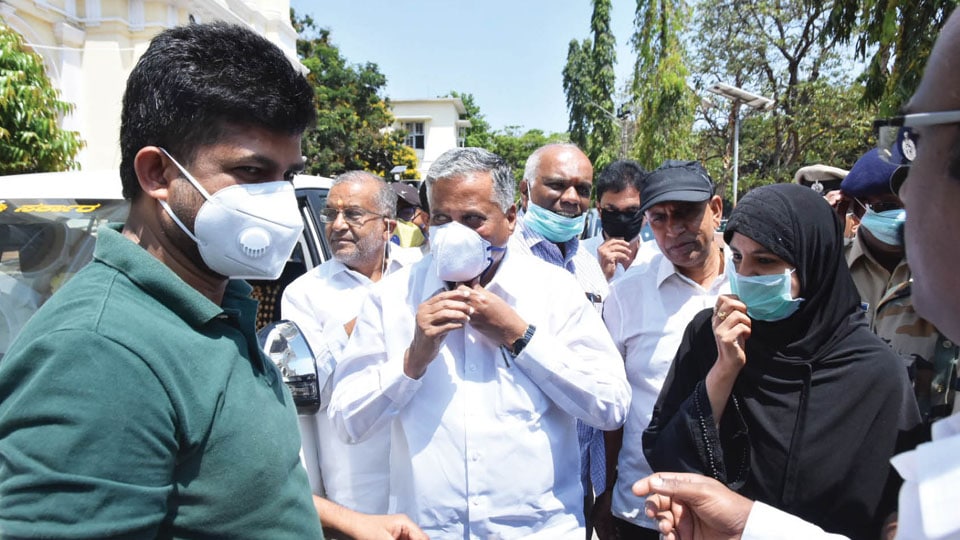 Earlier, Somanna who arrived in city this morning, visited K.R. Hospital and reviewed the measures taken regarding the preparedness of the Hospital for tackling Coronavirus cases.

He held a meeting with Health Department officials at the OPD Hall, during which he directed them to prioritise hygiene and cleanliness in the Hospital premises and in the vicinity. Stressing on the need for the officials to ensure that social distance is maintained in the premises by allowing only the  patients as far as possible, Somanna instructed them to ensure that no more than 10 people gather at a spot.

Pointing out that COVID-19 scare is a very serious issue, with the Government doing its best to prevent the spread of the deadly disease, the Minister said that it was important for the relatives of patients to understand this and keep themselves away from visiting the Hospital.

Asking the officials to ensure that people do not visit the hospital for minor ailments, which can be treated at PHCs, he said that the residents of the city should confine themselves to homes as far as possible at this hour of crisis.

Directing MMC&RI Dean and Director Dr. C.P. Nanjaraj and DHO Dr. Venkatesh to constantly monitor maintenance  of hygiene and cleanliness in the Hospital, Somanna said that it was important that Isolation Ward is kept ready all the time for meeting any emergencies.

He also sought inputs regarding the functioning of the 150-bed Quarantine facility at the New District Hospital on KRS Road.

Somanna refrained from visiting the K.R. Hospital Isolation Ward upon advise of the doctors.

Somanna later left for the City Palace where he will hold a meeting with officials.