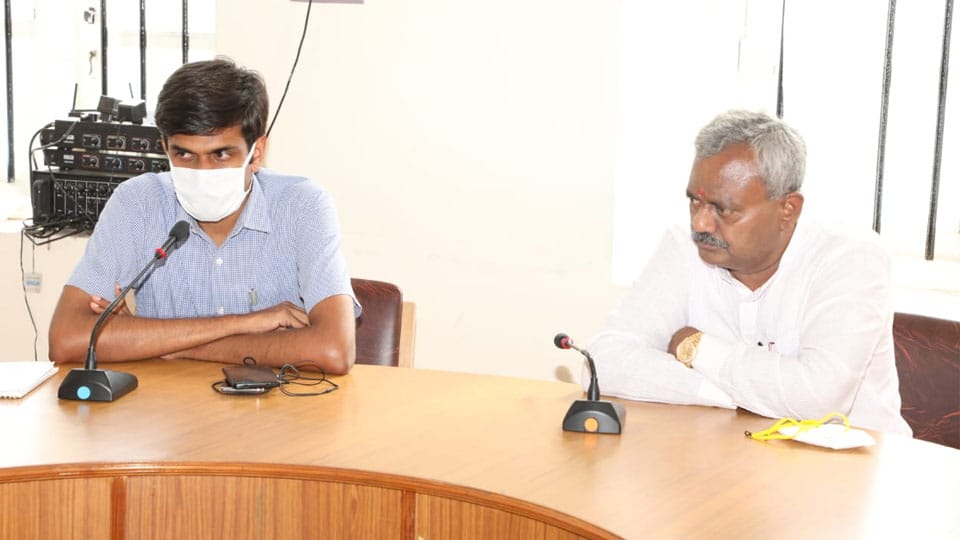 Forest, MCC and CESC must work in co-ordination

Mysore/Mysuru: Urging all Departments concerned, especially Forest, MCC and CESC, to work with a perfect co-ordination for bracing up to the forthcoming monsoon, District Minister S.T. Somashekar said that it was important for officials to take timely action for solving public issues.

He was addressing officials from Forest Department, MCC and CESC at the ZP hall here on Thursday.

Pointing out that officials must take precautionary measures in the wake of monsoon, Somashekar said that personnel from all these three key Departments should join hands in felling dead trees and trimming overgrown roadside trees that precariously hang over the roads.

CESC Managing Director Gopalakrishna said that CESC suffered Rs.98.64 lakh losses due to strong winds and rainfall in the months of April and May. Pointing out that may transformers, electric poles and other electrical installations were destroyed in the recent rains that lashed the city, he appealed the Forest Department to cut down dead trees and trim trees along the roads.

Maintaining that CESC will be at the receiving end whenever it rains, as many trees and electric poles get uprooted, he said that the Forest Department should mark the trees which pose a threat for public safety and take necessary action.

Noting that underground (UG) power cable laying works are going on briskly in the city, Gopalakrishna appealed the MCC to install Utility Ducts, which are vital for a safe power supply system.

MCC Commissioner Gurudatta Hegde assured that the MCC will extend full co-operation to CESC for UG cable laying. Maintaining that the confusion still persists over who (MCC or MUDA), should foot the power bills concerning street lights on Ring Road, he said that there is only oral instructions on sharing the power bills (50 percent each). Hegde wanted the Government to issue a clarification in this regard and thus put a full stop to the row.

Deputy Commissioner Abhiram G. Sankar said that many tribal hamlets in the district still have no lights. The CESC authorities should write to the authorities concerned seeking permission for laying underground power cables to supply electricity to the hamlets, he noted.

MLA L. Nagendra claimed that electric poles installed by CESC were not sturdy enough to withstand winds and rainfall and this has resulted in electric poles getting uprooted often. He urged the Forest Department to fell down roadside trees that pose a threat to public safety.

MP Pratap Simha and other officials too were present.