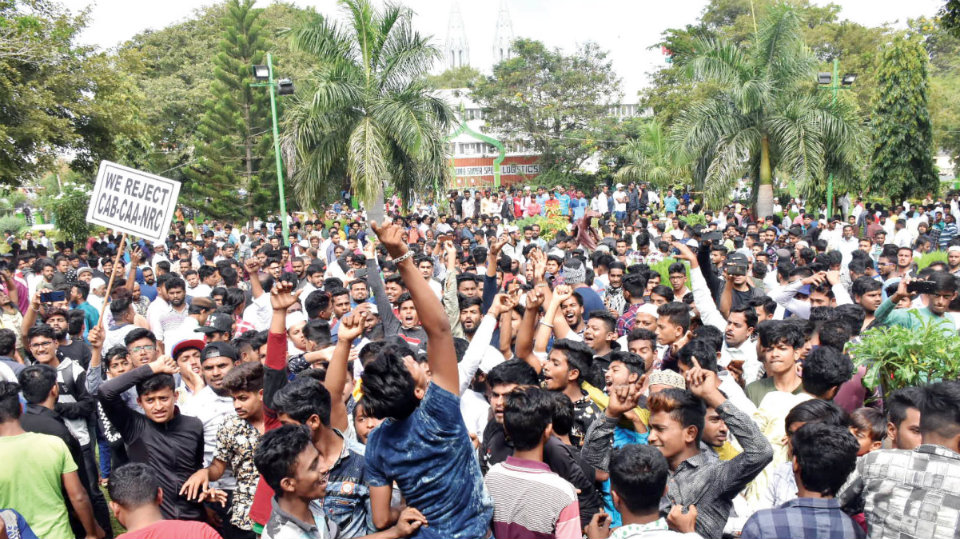 Chroniclers may have to burn the proverbial midnight oil to work on their narrative about the goings on in the country, which amounts to history in present tense. While more regions across the world, including India, are joining the currently most populous country China in battling the life-threatening virus, most of the regions across India are witnessing disturbance to normal life, a fallout of the Act of December 11, 2019 concerning citizenship to migrants from three neighbouring countries on the basis of their faiths, a delicate matter overtly and covertly influencing people’s reaction to various policies and measures introduced by the Governments attributed by knowledgeable observers to distrust of the ruling class. The top brass in the Government issuing full-throated statements both through media channels and on various public platforms to clear the air from misinformation on a daily basis seems to be more than matched by violence involving well-marked sections in the population, reports about which have left the rest of the diaspora dumb-founded.

Citizenship and nationality of an individual are defined so as to be synonyms. Unsurprisingly, even the literati may be all at sea to prove their citizenship status. Aadhaar Card being issued to the land’s masses at great effort and thousands of crores of rupees outgo from the treasury is only a mark of identity and not of citizenship, the status of a person recognised under law.

Amidst the scare of the deadly virus shaking the safety of billions of people across the world and the unrelenting protests by violent mobs indulging in arson, killing innocent people and destruction of property across the country, yet another initiative of conducting Census-2021 by the National Statistical Office, during which information revealing personal details is being generated, has only added fuel to the fire as it were, all because of distrust about the intentions of the Government bearing on citizenship of the people at large. The report that was published in a section of the Press a few days ago that a migrant from one of the neighbouring countries when asked to explain his illegal entry into the country disclosed that he had bribed the officials and got through, makes a long story short.

At the end of the day, the suggestion by a former top official of the National Statistical Commission to withdraw the measure of creating National Population Register (NPR)and then conduct the Census to instil some trust in the people merits to be examined in the interest of the country’s stability and orderly life.