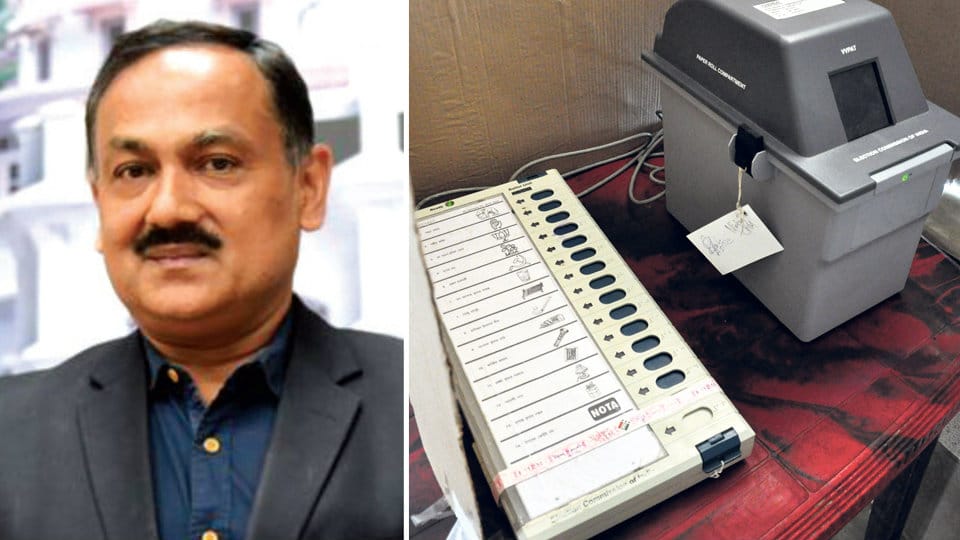 “VVPAT gives feedback to the voter on whether the vote has been cast in favour of the intended candidate. The ballot slip, visible to the eye for seven seconds before it slips into the collection box, has the number, name and symbol of candidate printed on it. Any voter who finds a mismatch in the ballot slip can file a complaint. But if the complaint is found to be untrue, polling officials will be empowered to initiate action against the  voter,” he added.

In the previous election, over 2.75 lakh polling personnel had been engaged and in coming Assembly elections about 3.25 lakh personnel will be required, the CEO said. Reacting to reports broadcast by some TV channels, he denied any conspiracy in sending EVMs and VVPATs from UP and Gujarat to Karnataka.

There is no specific State-wise allocation or quota of EVM and VVAPTs. As a limited number of EVMs are blocked due to election petitions pending in different High Courts, the Election Commission of India (ECI) is forced to move available stock from one State to another for election purposes, he said.

“Since the introduction of EVMs for elections in the country, the ECI has always moved EVMs from one State to the other, including movement into Karnataka and also out of Karnataka to other States. The present deployment is part of the well-established and existing system of deployment of EVMs and VVPATs and, no exception has been made for Karnataka,’’ Kumar said.

Currently, according to statistics provided by the CEO office, Karnataka has 3,267 Balloting Units (BU) and 4,588 Control Units (CU), which are barely sufficient. Hence, 85,650 BUs, 66,700 CUs, and 73,700 VVPATs will be coming from outside Karnataka during the elections, he said.

READ ALSO  Battle for Varuna: Will it be between Bidari and Yathindra?

Sanjiv Kumar said that with the deadline for inclusion and omission of names ending Feb.28, the electoral rolls had been finalised. As many as 15,56,141 names had been added and 9,17,368 names had been removed from the voters’ list.  The final list now has 4,96,56,059 voters, he said.

The voter list will be subjected to continuous revision and voters can submit applications for inclusion of voters in the electoral rolls, he added. ECI’s impressive programme, Systematic Voters’ Education and Electoral Participation (SVEEP) targeting newly eligible voters, has reaped dividends this time.

Sanjiv Kumar clarified that the ECI is yet to announce the dates. He was responding to queries from reporters on whether the elections will be scheduled in the last week of April or first week of May as reported in a section of media.

Sanjiv Kumar said they had not received any communication about the polling dates from the ECI. Asked whether the SEC had recommended any dates to ECI, Sanjiv Kumar replied in negative. He said that announcing date of elections or poll schedule was outside their jurisdiction.

“The responsibility entrusted to us is to ensure operational readiness when elections are declared. After the training for poll officials, another meeting is being planned at district level for polling staff,’’ he added.

The first-level of inspection of the Electronic Voting Machines (EVM) and Voter Verified Paper Audit Trail (VVPAT) Units, which had arrived for the Assembly election at the Warehouse in the premises of MysoreOne on Seshadri Iyer Road here, was done by DC D. Randeep and  Additional DC T. Yogesh on Tuesday. They also discussed with the representatives of various political parties. 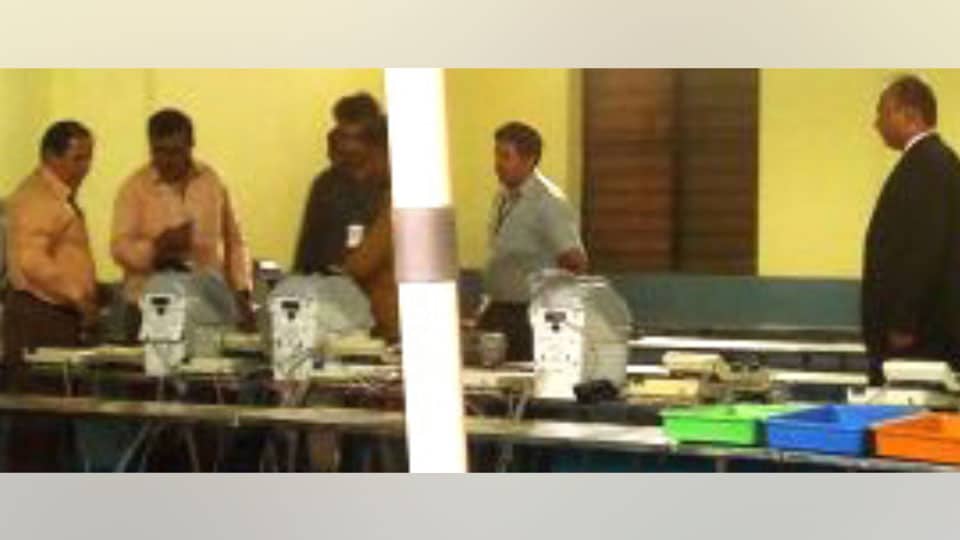 BEL Engineer Premchand and others were present.