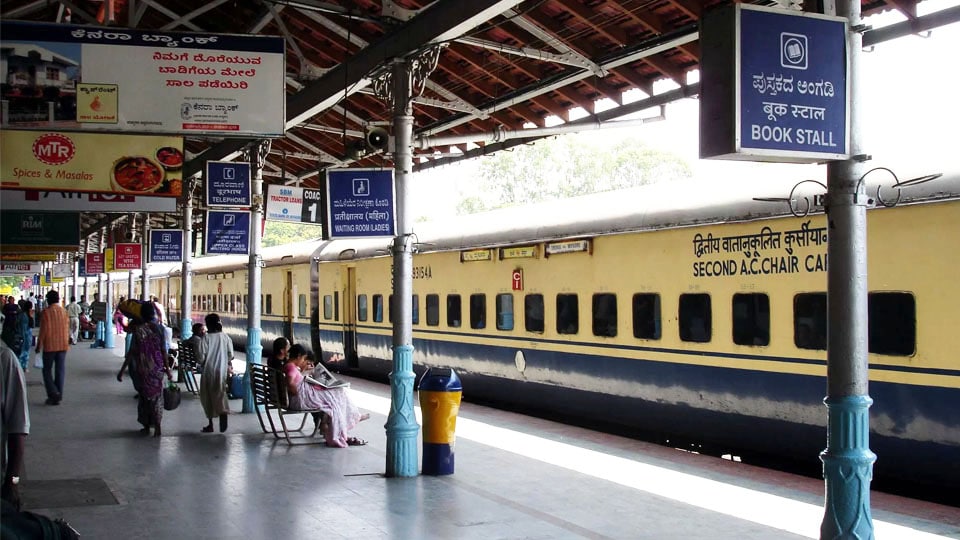 Mysuru: The work on the Detailed Project Report (DPR) to set up a new Satellite Railway Terminal at Naganahalli (10 kms from Mysuru Railway Station) sanctioned in 2018-19 at a cost of Rs.7.8 crore is in progress and is likely to be completed by November this year. This new terminal is sure to ease the congestion at the City Railway Station.

This was disclosed by the officials of South Western Railway (SWR) at a meeting with the Members of the Parliament (MP) R. Dhruvanarayan and Pratap Simha held at the Divisional Railway Manager’s Office yesterday.

The officials informed Pratap Simha who had raised the issue that the land required for the project is assessed to be 400 acres. The facilities planned besides Station building, are six platform lines, six stabling lines, five pit lines, said SWR General Manager A.K. Gupta.

Simha suggested that land should be identified and reserved for the purpose. Since the State Government has to allot the land, Gupta said that they have asked the Government to earmark the land at the earliest, which will be followed by a joint inspection by the elected representatives soon.

Container depot at Kadakola: Pratap Simha also enquired about the status of development of Container Corporation at Kadakola. Simha was informed that it was planned to develop a container depot at a cost of Rs.22.40 crore to handle the inward and six outward rakes per month. The land acquisition has been completed and the work has been awarded by CONCOR. Meanwhile, the DPR is under examination and physical work will commence soon.

The other suggestions, which Simha made included exploring possibility of opening reservation facility of AC coaches of Malgudi Express from Mysuru to Bengaluru as they are in locked condition from Mysuru.

The Railway immediately agreed to the suggestion by opening booking for reservation to one coach to start with. 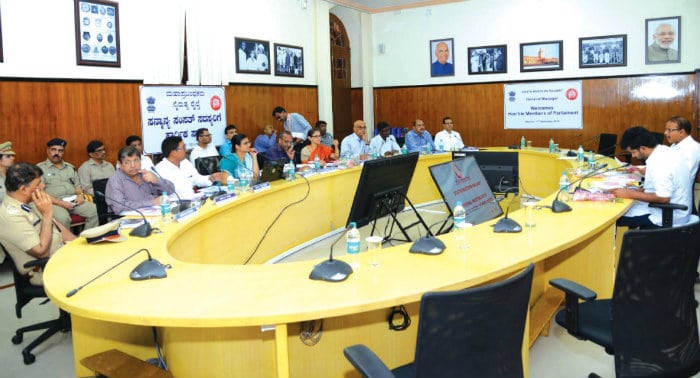 The MP also pointed out that there were no train services to Mysuru from Bengaluru after Chamundi Express till 11 pm on three days when Karwar Express is running via Yesvantpur-Hassan-Mangaluru. To this, Gupta said that MEMU (Mainline Electric Multiple Unit) services running from Bengaluru to Ramanagaram would be examined to be extended up to Mysuru.

When he asked about the new railway line project between Chamarajanagar and Hejjala, Dhruvanarayan was informed that this 140 km line had been sanctioned at Rs.1,300 crore and the work would be taken up on a cost-sharing basis with Government of Karnataka with land to be provided by State Government.

It was announced in the meeting that the fuelling point for Hamsafar Express Train (Mysuru-Udaipur Express) was started at the Mysuru Station yesterday (Sept.11). Previously, this train was being fuelled en route from Hubballi Station and this new move of fuelling trains will facilitate trains at originating stations.

In his presentation earlier, SWR GM Gupta said that the work on electrification of Railway line on almost all sections of SWR including Mysuru Division covering Tumkuru-Hubballi, Chamarajanagar-Mysuru-Arsikere have been sanctioned.

This meeting was conducted on the direction of Minister of Railways Piyush Goyal to discuss the issues of public importance in order to help Railways to improve the functioning and services. DRM Aparna Garg welcomed. DGM E. Vijaya proposed a vote of thanks