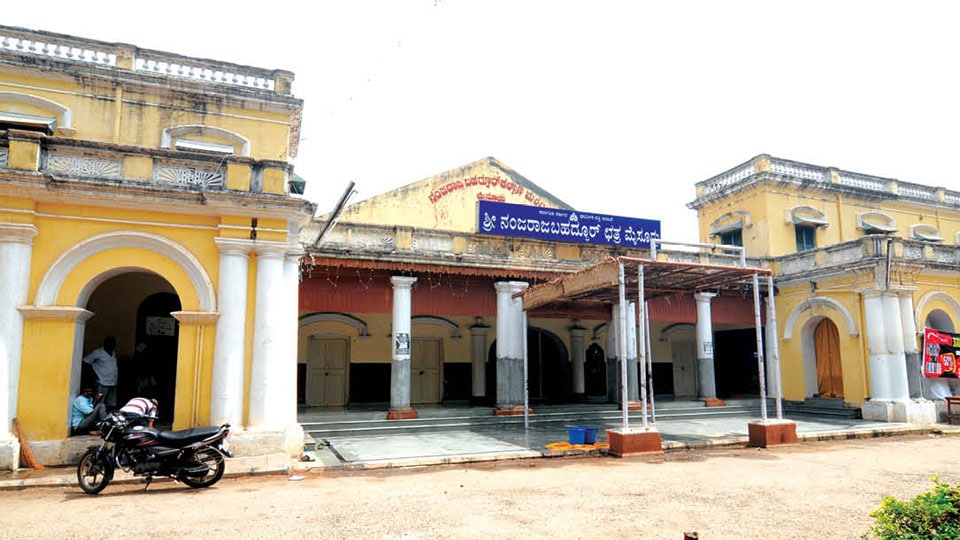 Mysuru:  Chief Minister H.D. Kumaraswamy has said that the campus of century-old Nanjaraja Bahadur Choultry on Vinoba Road will be utilised to expand the Maharani’s Women’s Arts College. A hostel for the students will be built in a one-acre plot behind the Choultry and the State Government already possesses the land, he said.

Kumaraswamy was speaking after inaugurating the Cultural Forum of the Maharani’s College in city yesterday. “Maharani’s College was established in 1902. Thousands of students study here and the college has infrastructural issues as it is impossible to provide all the facilities within the existing premises. To solve this, we need space in the heart of the city and since the Nanjaraja Bahadur Choultry is diagonally opposite to the College, it is most suited for expansion,” he said. 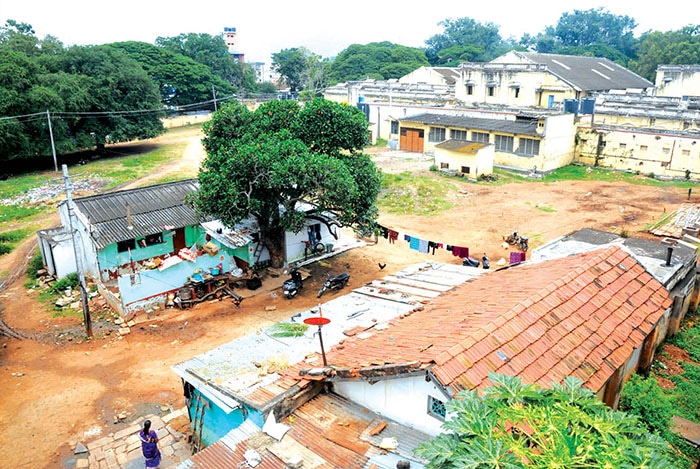 The unauthorised houses and buildings on the campus behind the Choultry. These houses will be cleared to build a hostel for Maharani’s Women’s Arts College.

Speaking to Star of Mysore this morning, C. Krishnappa,  President of Sri Nanjaraja Bahadur Chatra Managing Committee, said that the Choultry has 10 acres under its possession and it operates on no-profit-no-loss basis. “While some of the properties have been leased out by the State government way back in 1975, some are under litigation. We will have to take back the land and the Committee has already sent a proposal to the government not to renew any lease,” he said.

The Hostel for Maharani’s Women’s Arts College will be built in one acre of land behind the Choultry where earlier Beggars’ Colony existed. “The Nanjaraja Bahadur Choultry will not be demolished at any cost as it is a heritage structure. We will retain the building and utilise the space behind the Choultry to construct the Hostel,” he said.

It may be recalled here that a section of the press had reported that the Choultry will be demolished to make way for the College Hostel. “There are no demolition plans,” Krishnappa clarified.

The entire 10-acre land belongs to the government and at present, it houses the Information Department, Mayura Hotel owned by the Karnataka State Tourism Development Corporation (KSTDC), a Garage, two service stations-cum-petrol pumps and an old weighbridge. There are a few houses that have been occupied by the members of State Government Employees Association, he said. “We have leased out the land for a private hotel too, and the lease expires next year,” he added.

The agreement to hand over one-acre of land behind the Choultry to Maharani’s Women’s Arts College was finalised during the previous Congress regime and the present government must take it forward, Krishnappa added. All the unauthorised occupants will be cleared to build the Hostel, he said.