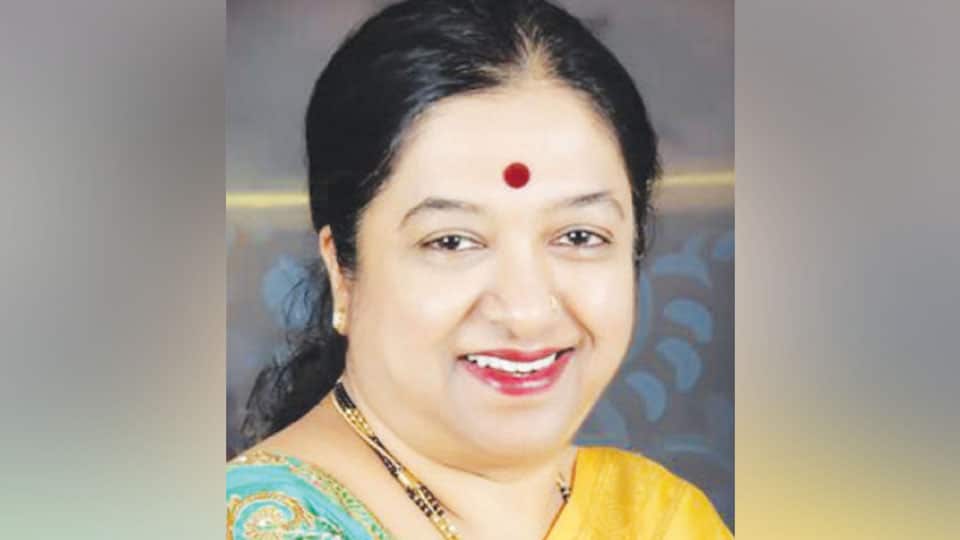 Dr. Geetha Mahadevaprasad to be a Cabinet Minister soon

Siddharamaiah, who left for Delhi on Friday, called on Congress President Sonia Gandhi and Vice-President Rahul Gandhi yesterday and discussed the issues. Party sources said the CM is expected to expand his Ministry within a few days. Nominations to three Council seats are expected to be announced after expansion, sources said.

According to sources, Legislators from the Lingayat and Kuruba communities are likely to get a place in the Cabinet. Vacancies arose following the death of H.S. Mahadevaprasad (Lingayat community) and the resignation of H.Y. Meti (Kuruba community).

Sources said that Dr. Geetha Mahadevaprasad, wife of late Minister H.S. Mahadevaprasad, who won the recently held Gundlupet by-election, is likely to be made a Cabinet Minister. The high command too reportedly approved the strategy to woo Lingayats by inducting Geetha. With her induction, the CM will have two women Ministers, the other being Women and Child Development Minister Umashree.

In his talks with Rahul Gandhi, Siddharamaiah was told by the Congress Vice-President to build on the momentum gained from victories in by-polls in Nanjangud and Gundlupet and craft a strategy early in order to retain power in 2018.

To start with, the leaders were told to draw up the list of candidates to contest next year’s elections to the Legislative Assembly at the earliest.

Rahul Gandhi also cautioned them to respect the sentiments of party workers of respective constituencies, and evolve a consensus during the process of selection of candidates. Besides, leaders should focus on developmental schemes and achievements of the government, a strategy adopted during the recent by-elections while reaching out to voters.

For the vacant posts in the Legislative Council, the names of Mohan Kondaji, K.P. Nanjundi and C.M. Lingappa are doing the rounds. With the State going to polls next year, the party’s central leadership has asked the CM to take all steps to ensure a Congress victory.

The Congress high command is likely to convey a decision about the post of Karnataka Pradesh Congress Committee President to the State leadership. Sources in the Congress said that Siddharamaiah also met Rahul and Sonia Gandhi individually where he is said to have discussed the issue of the KPCC President’s post.

The present KPCC President Dr. G. Parameshwara has completed six years as President and while Parameshwara himself is keen on giving up on the Home Minister portfolio and being President, Siddharamaiah is determined to seek a change of guard.

Asked about a change of KPCC leadership, Siddharamaiah told reporters that the central leaders and party President Sonia Gandhi would take a final decision on the matter.