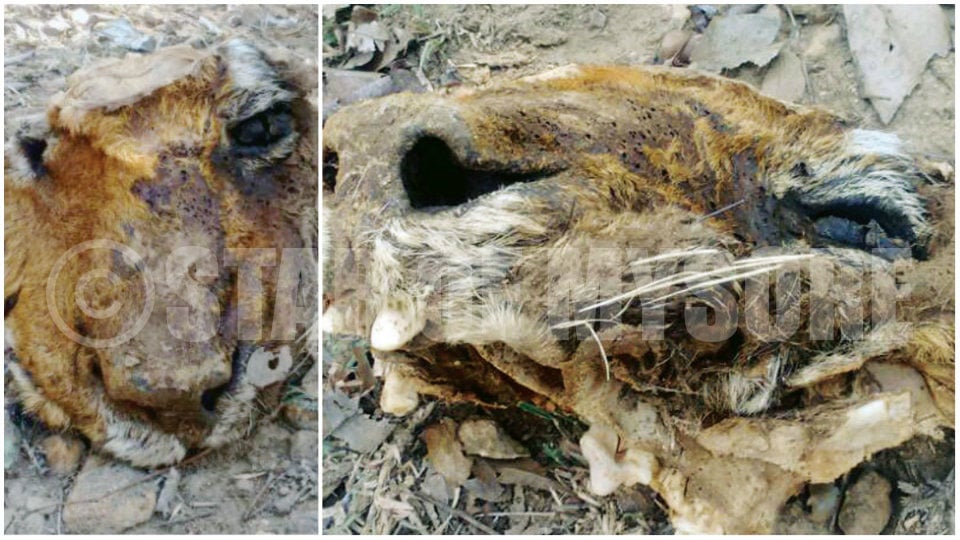 Bandipur/ Bengaluru – The controversy surrounding the death of ‘Prince,’ the most photographed tiger in Bandipur, is refusing to die down with new angles for the death emerging on a daily basis.

While the news of the tiger’s death has been hitting headlines since Apr. 2, environmentalists, wildlife enthusiasts and photographers have claimed that Prince was poached and did not die a natural death, a claim that has been denied by Forest Department officials who said that the famed tiger died due to starvation.

Now as if to prove the claims of environmentalists and wildlife activists, the snout of the tiger with the canines missing has been found around 200 metres from the place where 14-year-old Prince’s body was found. Poachers have cut the tiger’s head and chopped off its four canines (highly valued in the international smuggling market) and the lower jaw bones.  Prince was found dead on Apr. 2 at Lokkare forests under Kundkere Range of Bandipur. Forest Department, after analysing its stripe patterns, confirmed on Apr. 5 that it was Prince and it died due to dehydration and starvation. 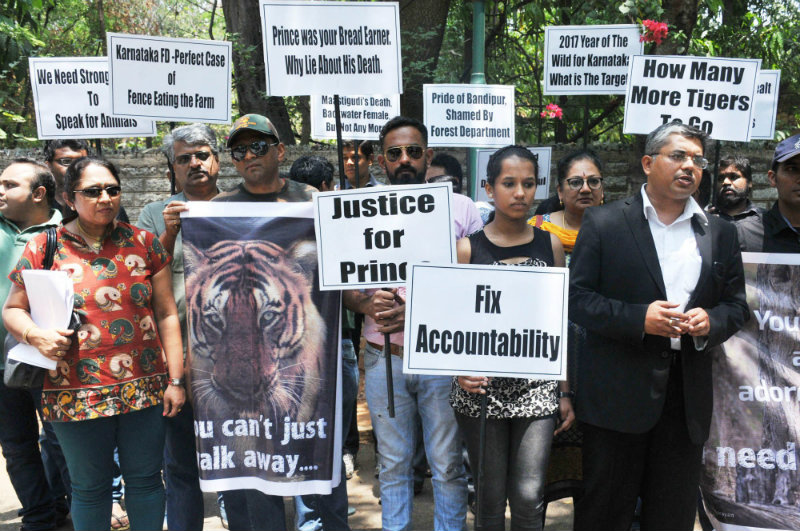 The photographs released after the death, however, showed that the face of the tiger was missing and the Forest Department said that a wild animal would have eaten the face.

Media reports also said that Prince would have been killed by meat-bomb, normally used to kill wild boars. Forest officials, however, denied the reports and cited post-mortem report that said Prince died naturally as no chemical substance was recovered from the body parts.

Under pressure to investigate Prince’s death, the Forest officials conducted a search on Apr. 14 in and around Lokkare Range and the place where Prince’s body was found. 200 metres from where the body was found, a forest staff found the tiger’s snout, parts of its chopped off heads and eyes.

The body parts were found in a rocky terrain and the samples have been sent to Forensic Sciences Laboratory in Hyderabad that would establish the cause of death. Forest officials are making enquiries in nearby villages bordering the Tiger Reserve to gather information about poachers who might be involved in Prince’s death.

Meanwhile, a protest was held in Bengaluru yesterday at Aranya Bhavan by wildlife enthusiasts demanding justice for Prince.  Activists raised questions over the mysterious death of Prince and said that the explanation given by the Forest Department was not convincing and the photographs released after the tiger’s death told a different story.

“The protest was arranged because the information that was provided to us was not credible. The death was not natural and the post-mortem report is not authentic,” said a protester. The reports of Prince dying due to hunger and dehydration are definitely false, he added.