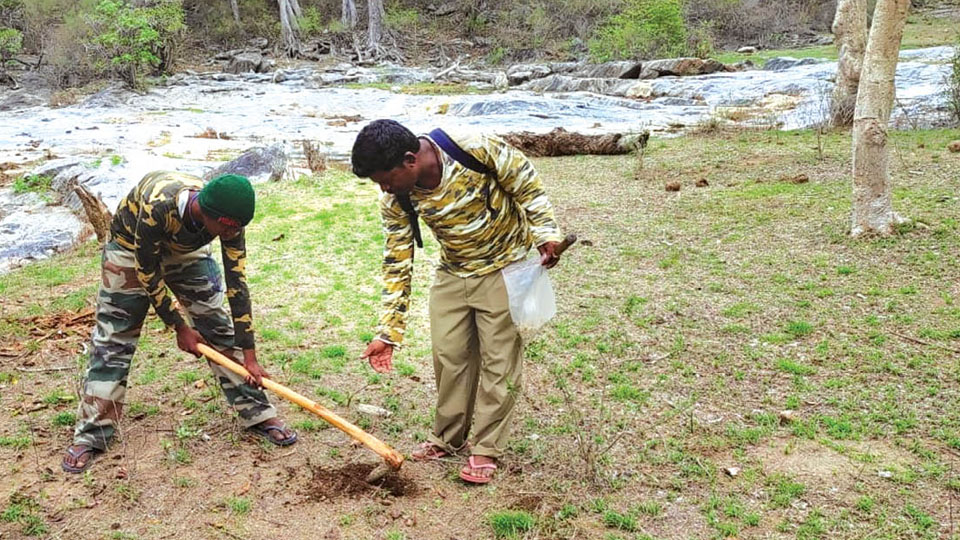 Mysore/Mysuru: Sowing of seeds in Bandipur Forest area which was destroyed in forest fire and also at various places where Lantana weed was removed, was launched at the forest recently.

Following the forest fire two years ago, which had devastated large swathes of forest land at Bandipur, large quantity of trees and plants were destroyed in the fire. Also, lantana, a weed, which had grown in plenty, was removed at various Ranges in Bandipur a year back.

Since it is raining since a week in Bandipur and the weather is ideal for sowing seeds, the officials have launched the sowing of seeds in all 12 Ranges of Bandipur Forest.

These seeds would grow up into tall trees in 10-15 years time thus increasing the green cover in the forest area, which would be very useful in conserving forest and wildlife.