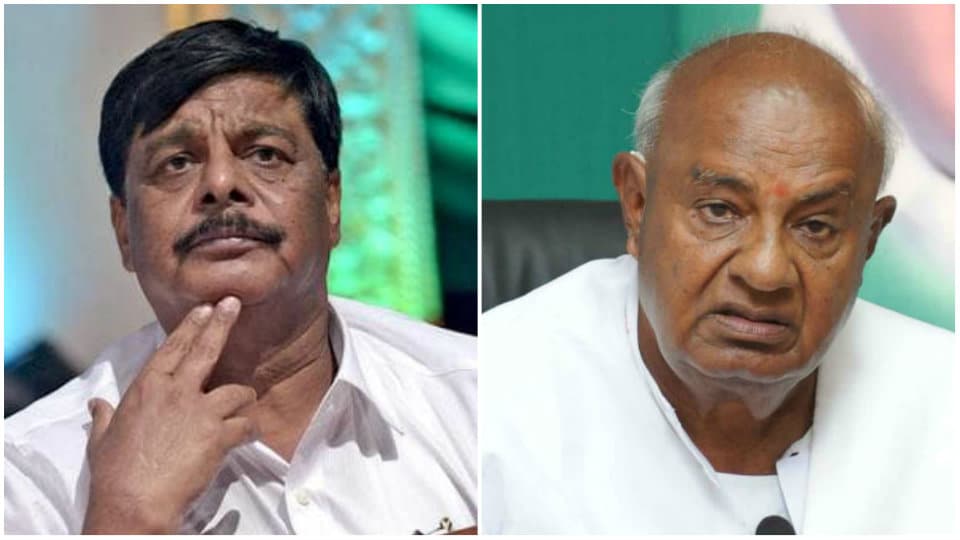 Bengaluru: Former Minister Dr. H.C. Mahadevappa, who was once a close aide of former Chief Minister Siddharamaiah, is said to be knocking on the doors of the JD(S) after reportedly being sidelined by the Congress leadership.

Dr. Mahadevappa is said to have met JD(S) supremo H.D. Deve Gowda (HDD) through an influential leader in the coalition government recently and held talks with the former PM, during which the former Minister expressed his willingness to re-join the JD(S), which he had left years ago along with Siddharamaiah.

Mahadevappa is said to have evinced interest in contesting from Kolar (SC) Constituency in the forthcoming Lok Sabha polls.

During the talks, the influential leader, who accompanied Mahadevappa, is said to have apprised the former PM of favourable conditions for a non-Congress candidate in Kolar, as the incumbent MP K.H. Muniyappa is said to be on a weak wicket.

The leader is also said to have told Deve Gowda that the Congress was willing to offer nine LS seats to the JD(S) and Kolar (SC) could be one among them, if he (HDD) demands the seat from the Congress, which is currently representing it. After meeting H.D. Deve Gowda, Dr. Mahadevappa is said to have held a series of meetings with DSS leaders from Mysuru District, during which the leaders are said to have assured Mahadevappa of their support if he opts to contest from Kolar on a JD(S) ticket.