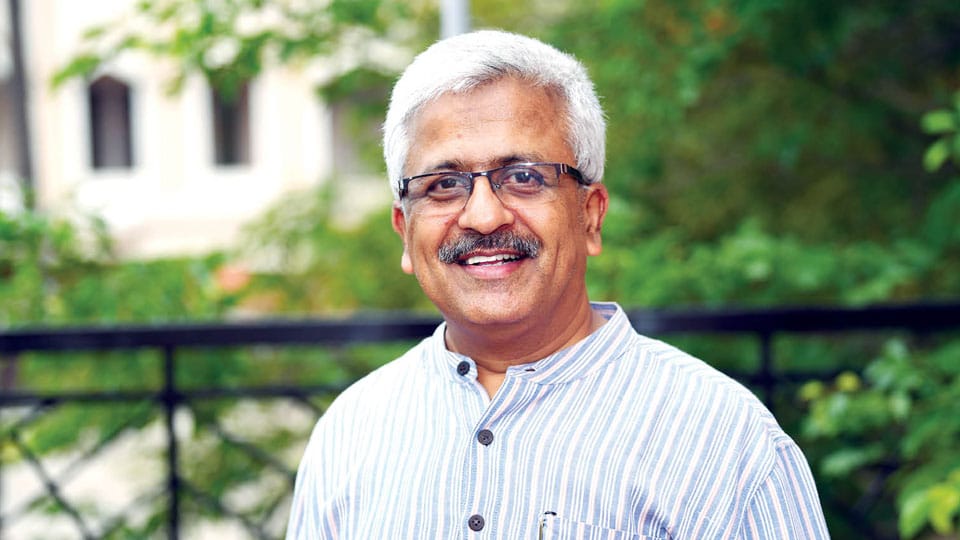 Mysore/Mysuru: The Union Government has appointed office-bearers to the Capacity Building Commission (CBC) that was earlier announced by the Union Cabinet. CBC is a part of National Programme for Civil Services Capacity Building (NPCSCB) and it will function under the Department of Personnel and Training.

Dr. Balasubramaniam (Balu) is a development activist, social innovator, writer and a leadership trainer. He is a medical doctor by training, with specialisation in public administration from Harvard University. Inspired by the life and teachings of Swami Vivekananda, he founded the Swami Vivekananda Youth Movement that has now grown to be one of India’s finest NGOs by making a difference and a positive impact on the lives of the poor and the marginalised.

Balu has already left to New Delhi to meet officials at the Prime Minister’s Office. Speaking to Star of Mysore over phone during transit, he said that he was elated for the prestigious recognition. “Everything I know, everything I stand for has now been given an opportunity by the Prime Minister. Hopefully, I will be able to do justice,” he said. This is a full-time opportunity and Dr. Balasubramaniam will be shifting to New Delhi.

The National Programme for Civil Services Capacity Building has been designed to lay the foundations for capacity building for Civil Servants.  Some of the core guiding principles of the programme will be to support transition from ‘rules based’ to ‘roles based’ HR management, aligning work allocation of civil servants by matching their competencies to the requirements of the post.