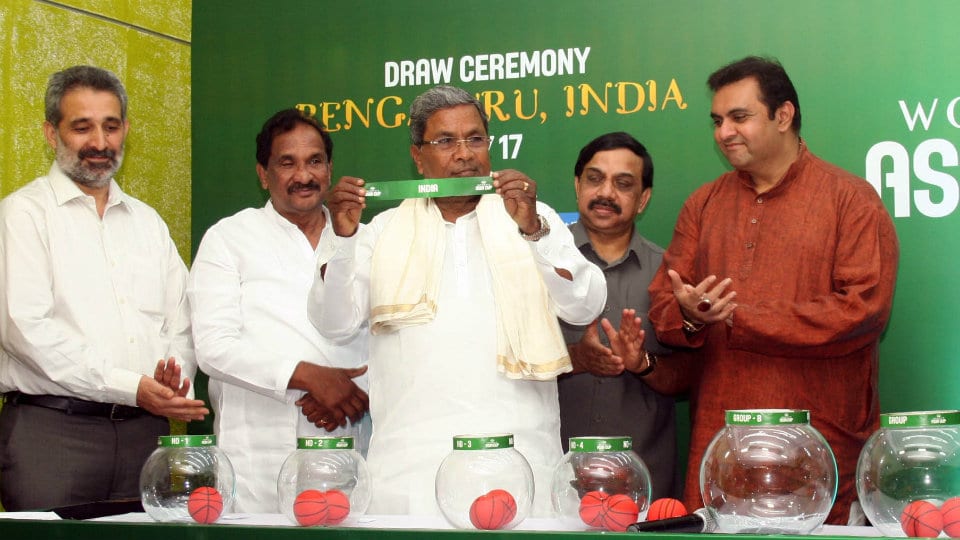 The draw ceremony for the FIBA Asia Women’s Cup Basketball Tourney was held at the home-office of Chief Minister of Karnataka Siddharamaiah on yesterday.

India has been placed in Group-A of Division-B along with neighbour Sri Lanka; Uzbekistan and American Samoa (ASA). The International Basketball Federation (FIBA) has allotted two FIBA Asia Championships to the BFI this year — the FIBA Women’s Asia Cup and the FIBA U-16 Women’s Asian Championship. Both will be held in Bengaluru. This will mark the first time since 2009 that a FIBA Asia Championship will be held on Indian soil. The Cup is all set to take place from July 23-29 at the Kanteerava Indoor Stadium in Bengaluru and preparations are on in full swing. India first participated in this event in 1970, and has competed 17 times in total.

The Indian women’s team best finish in this Tournament came in the year 2013, when it finished 5th, including a historic-level 1 victory. Prior to that, India’s best finish had been 6th place at the 1992, 2009 and 2011 iterations.