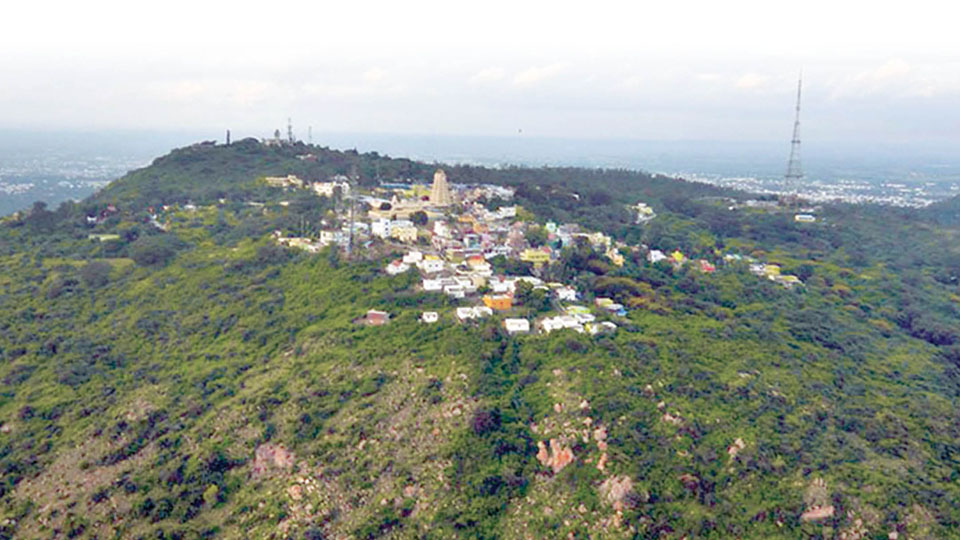 V. Sreenivasa Prasad writes to CM; says opposition to ropeway was not without merits

Mysore/Mysuru: In a big boost to the environment activists, morning and evening walkers, NGOs and all those Mysureans who have an emotional connection with Chamundi Hill, former Minister and Chamarajanagar BJP MP V. Sreenivasa Prasad has opposed the proposed ropeway project atop Chamundi Hill. With the MP’s support, their struggle to save the Hill from destruction has received a shot in the arm.

In a letter to Chief Minister Basavaraj Bommai, Sreenivasa Prasad has asked him to reconsider the project on the grounds that it was against the environment and would cause irreparable damage to the  fragile ecosystem.

The letter dated Mar. 25 comes soon after the green groups, environmental activists and the residents of Mysuru opposed the project after it figured in the 2022-23 Budget presented by Basavaraj Bommai. “I am writing to you as there is a severe opposition from the residents and eco-conscious groups. This is to bring certain pertinent points to your notice,” the letter stated.

The MP said that the opposition to the project was not unfounded and not without merits and highlighted the fragile ecology of Chamundi Hill and its environment.

“When I was the Revenue Minister in 2015, funds were sanctioned for taking up development works including creating a dormitory, commercial complex for vendors, queue line with toilet facility and a multi-storey parking facility. The works were slated to come up on 8.04 acres of land that was reserved near Devikere. But soon after, there was a landslide atop the Hill and I had personally inspected the site,” he wrote.

“Following the landslide, I had called for a meeting with the Revenue and Forest Department officials. Shockingly, the Forest Department officials — who are the custodians of the Chamundi Hill — were oblivious of the works that were sanctioned. They were not even aware of the permission being sought from them before the development projects were sanctioned. I realised something amiss and stopped the work,’’ he wrote.

Subsequently, he said that he was dropped from the Ministry and the works were completed.

Already there are facilities for vehicle parking, drinking water, toilets and shops for vendors and these facilities are more than adequate. ‘’No further construction works should be sanctioned atop Chamundi Hill and any new project should be taken up only if necessary and it must be in harmony with the local environment. A ropeway against the environment is not necessary and it deserves to be dropped,” the MP wrote.

“Chamundi Hill is a natural heritage of Mysuru and the Wadiyars had taken up development works for the benefit of the pilgrims including construction of steps and laying of road. One could approach the hilltop within 20 minutes from Mysuru city while there are two other approach roads as well besides the steps. Given this connectivity, the ropeway project is not essential. On the contrary, the project posed a threat to the fragile environment of the area.”