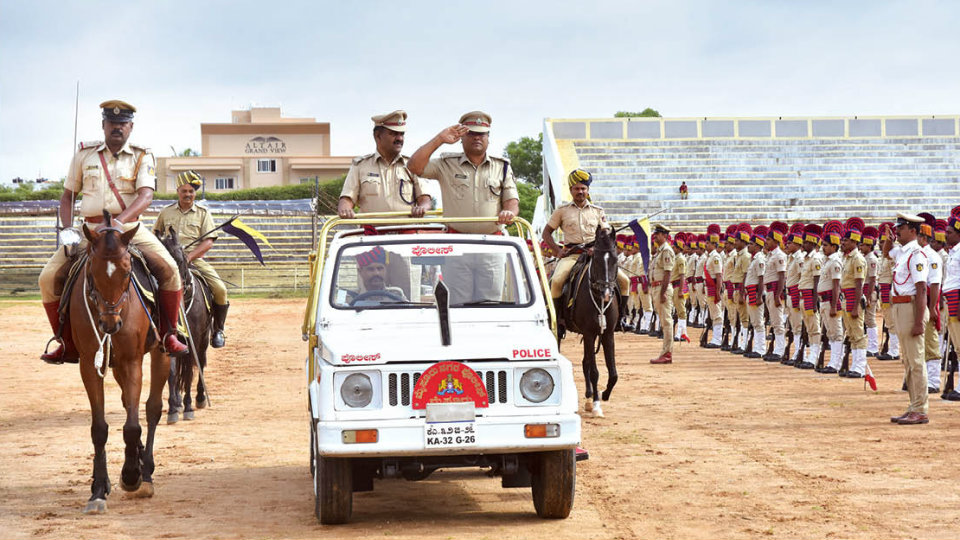 No Ministers. DCs to hoist Tricolour

Mysuru:  In the wake of the recent flood fury across Karnataka, the State Government has ordered for simple Independence Day celebrations on Aug.15.

In a press release, B. Shivakumar, Under-Secretary to the Government, DPAR (State-Protocol), said that the recent floods have caused severe loss in various districts and in this view the 73rd I-Day celebrations shall be held on a low scale.

Further, since no Ministers have been inducted into the State Cabinet, the responsibility of hoisting the National Flag has been entrusted to the respective Deputy Commissioners (except for Bengaluru Urban and Bengaluru Rural districts) at the District Headquarters and Tahsildars in Taluk Headquarters.

Dressed in khaki, the CAR, DAR, KSRP, Traffic, Mahila Police and Home Guard personnel showcased their march-past drill. Joining them were the NCC Cadets, Seva Dal members and Scouts and Guides who also displayed their skills.

The rehearsal was done for three times, during which DCP Muthuraj gave tips to the participants on flawless march-past drill on I-Day. A flag hoisting drill too was performed.