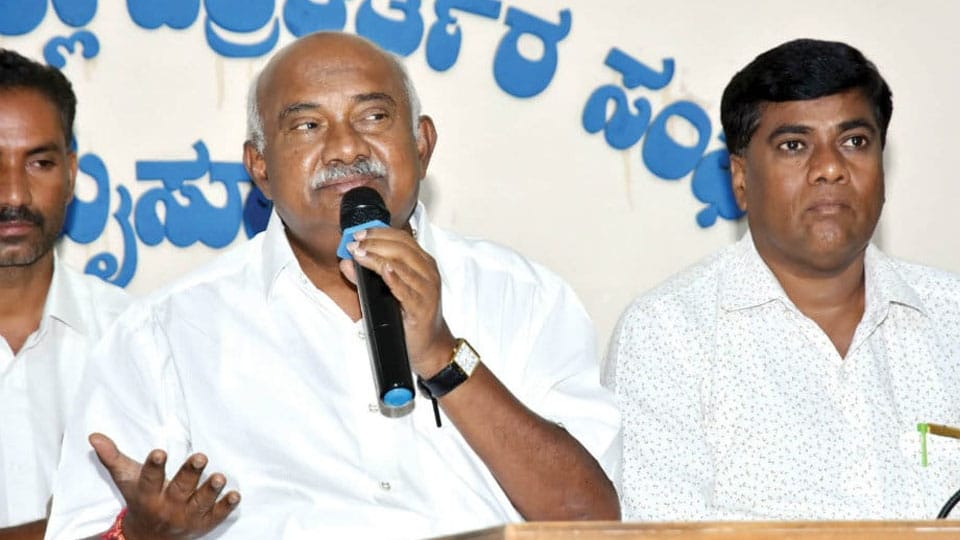 He was addressing a press meet at Pathrakartara Bhavan here this morning. He pointed out that phone-tapping is an offence adding that even a husband cannot tap his (husband) wife’s phone. He said that his telephone was tapped at the instance of HDK  and wondered how the then CM could tap the phone of the then JD(S) State President which sounds ridiculous.

Vishwanath pointed out that phones of ten disqualified MLAs have been tapped which is a big crime amounting to blackmail.

He recalled that former CM Siddharamaiah’s Personal Assistant’s phone had been tapped long back.

Vishwanath clarified that he resigned as MLA after learning that his phone has been tapped which indicates lack of faith and trust.

He asserted that such an action cannot take place without orders of the CM.

He said that he would urge Chief Minister B.S. Yediyurappa to order a probe for phone-tapping and bring to book all people involved. He added that the Home Minister’s phone too was tapped six months ago and even the Police Commissioner’s phone too was not spared.

When reporters asked Vishwanath whether he would move the Court against phone-tapping, the latter said that he would discuss with his followers.

Referring to the case of disqualification of MLAs pending in Supreme Court, he expressed confidence that the judgement would be in their favour.

Speaking on Dasara, Vishwanath opined that Dasara should be celebrated on a grand scale taking help if need be from sponsors without citing  reasons like floods.