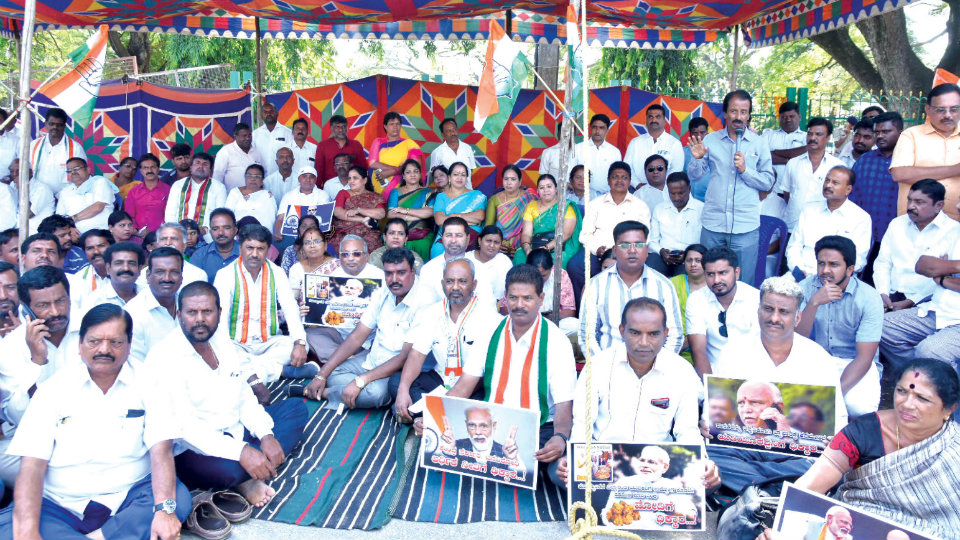 More than 150 activists of Congress participated in the protest. They raised slogans against Prime Minister Narendra Modi, Union Home Minister Amit Shah and Karnataka Chief Minister B.S. Yediyurappa and demanded their resignations. “Current economic slowdown is due to Government’s policy mismanagement,” they alleged.