Home » News » Elderly lady who was gagged by robber dies 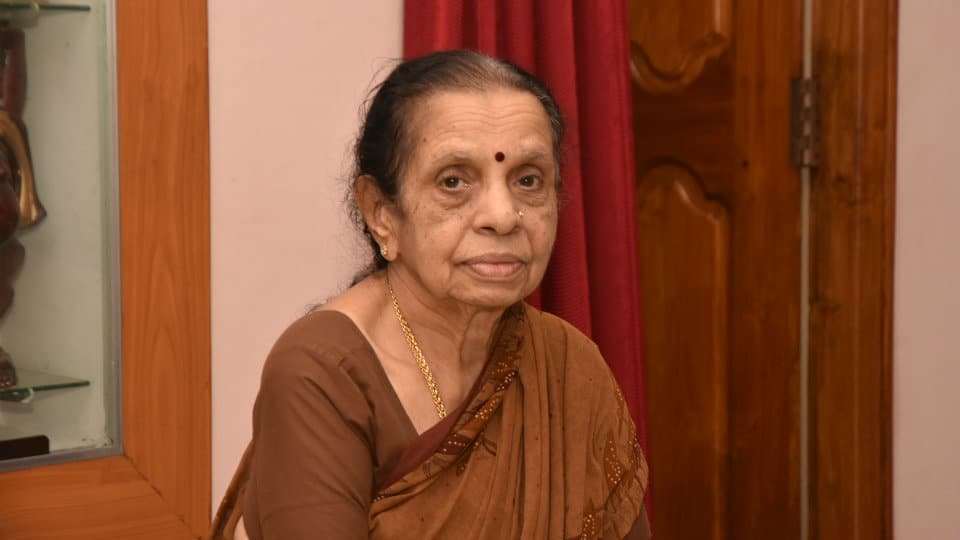 Elderly lady who was gagged by robber dies

Mysuru: The elderly woman, who was gagged by a robber inside her bathroom in an upscale area in city, died last night as she had sustained severe internal injuries and had suffered shock trying to wriggle out of the criminal’s hands.

After gagging and holding her throat, the criminal had made away with her seven gold bangles. The accused was, however, arrested within half-an-hour of the crime.

Eighty-four-year-old R. Nagarathna, a resident of House No. 1079 on Narasaraja Road near Manuvana Park in Chamaraja Mohalla, could not survive the attack and though she was admitted to a hospital for treatment, she breathed her last. The Police have now converted the robbery case into a murder-cum-robbery case.

The incident occurred on Aug. 21 when 28-year-old Rehman Shariff, a resident of Aleemnagar in Bannimantap, barged into Nagarathna’s house early in the morning. Rehman Shariff used to sell cut fruits in front of City Law Courts Complex and had taken a shed inside the house of Nagarathna on rent where he used to keep the pushcart and fruits in the evening after closing business.

On Aug. 21, Rehman Shariff barged into the house at around 7.30 am through the shed and spotted Nagarathna brushing her teeth inside the bathroom. At that time, Nagarathna’s daughter Prabhavathi had gone on her regular walk at Manuvana Park opposite the house. Her husband Mohankumar, who had recently undergone an eye surgery, was walking in the yard of the house.

Attacking an easy victim, Rehman Shariff caught hold of the elderly lady and stuffed a piece of cloth inside her mouth preventing her screams. In the process, Nagarathna sustained internal injuries and she was too weak to resist the robbery attempt. And taking advantage of the elderly lady, Rehman Shariff snatched seven bangles and locked the bathroom door from outside before fleeing through the shed.

Later, Nagarathna narrated the incident to her daughter and a case was registered at Lakshmipuram Police Station. Acting swiftly, the Police nabbed Rehman Shariff based on the CCTV footages while he was hiding behind a petty shop at Ballal Circle. He was arrested and the bangles were recovered.

After the incident, Nagarathna was admitted to a private hospital and as she had sustained severe internal injuries and suffered a shock after the criminal act, she died last night. The Police, who had booked Rehman Shariff for robbery, have added murder charges.