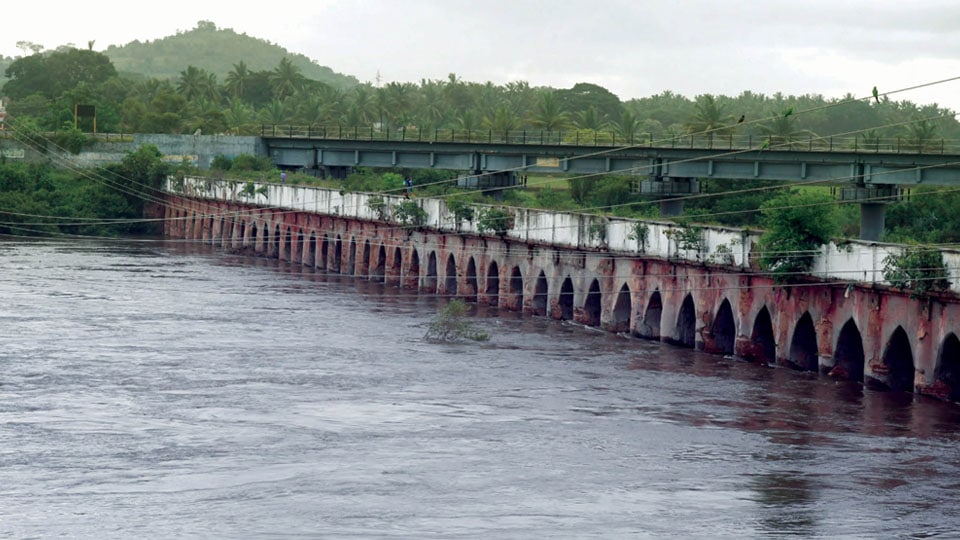 Nanjangud: A day after he was discharged from a private hospital in Mysuru, where he was admitted for some ailment, a 63-year-old elderly man reportedly ended his life by jumping into Kapila river in the town early this morning.

Muddumada (63), a resident of Srirampura Colony in Nanjangud is the deceased.

Muddumada, an agriculturist by profession, was admitted to a Hospital in Mysuru a few days ago for some ailment and after recovery, he was discharged from the Hospital yesterday.

Muddumada left his  house early in the morning on a scooter and did not return even after a couple of hours. His family members getting suspicious, went in search of him when they found his scooter parked near Hejjige bridge close to Chamarajanagar By-pass Road.

It is suspected that he may have jumped into  the overflowing river from the spot.

Divers and local swimmers have launched a search to trace his body. Nanjangud Police visited the spot and have registered a case in this regard.