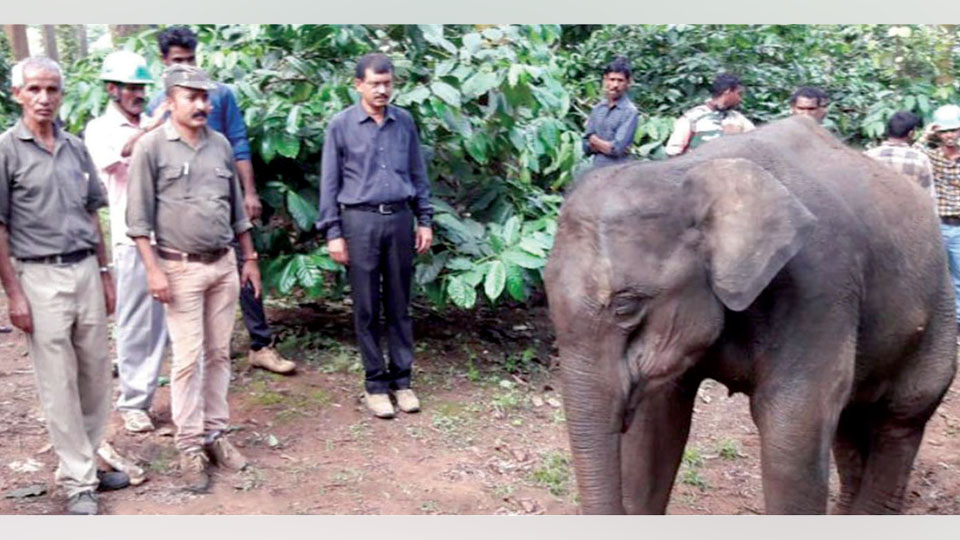 Siddapur: Forest Department officers have rescued an elephant calf that had bullet wounds on its body and after treatment, the calf has now been released to Dubare forest.

Some coffee planters at an estate at Injilagere near Siddapur had opened fire at the elephant calf and it was badly injured. The three-year-old calf was rescued by the Department officers and was brought into the Dubare elephant camp.  The calf was not even in a position to walk.

At the elephant camp, enough care was taken under the leadership of Dr. Mujeeb and it was properly fed so that the calf does not lose weight. The pachyderm has completely recovered now and has been released to the Dubare forest. The calf was lifted to be placed in a truck and carried inside the forest where it was released, officials said.