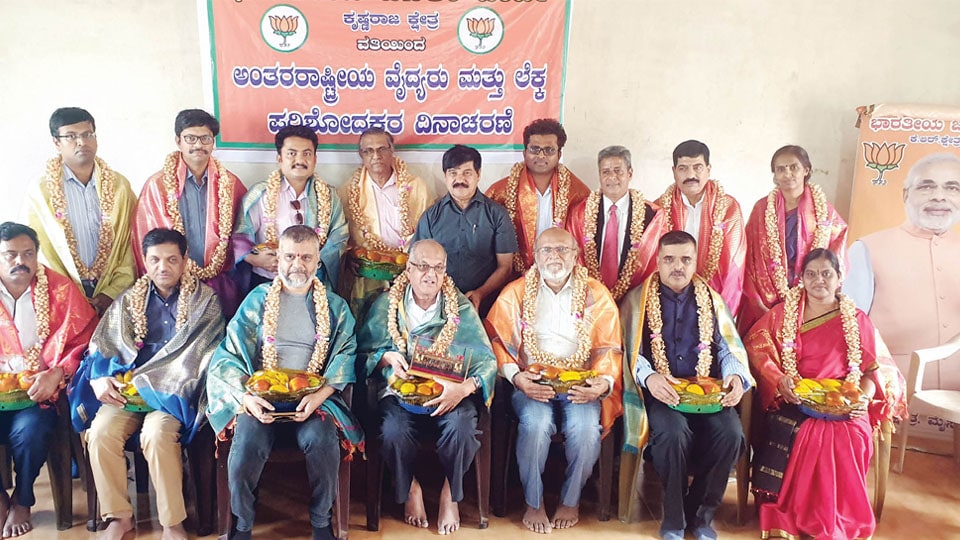 Speaking on the occasion, Ramdas recalled that Doctors’ Day was to commemorate the birth anniversary of late Dr. B.C. Roy, an eminent physician and former Chief Minister of West Bengal and added that the day coincided with Roy’s death anniversary also. He said that the society asks people to see divinity in mother, teacher and doctor. He pointed out that Indian medicine dates back to ages but traditional medicine has been neglected with even school kids now only recognise an allopathic doctor.

Speaking after receiving the felicitation, City BJP President and doctor B.H. Manjunath said that the adage Vaidyo Narayano Harihi (the doctor is Lord Narayana and Lord Hari) seems to be reviewed as doctors are being assaulted and ironically remarked that doctors were assaulted in West Bengal where Dr. B.C. Roy was born.