Home » News » Encroachment of Government properties to be cleared once survey concludes: DC 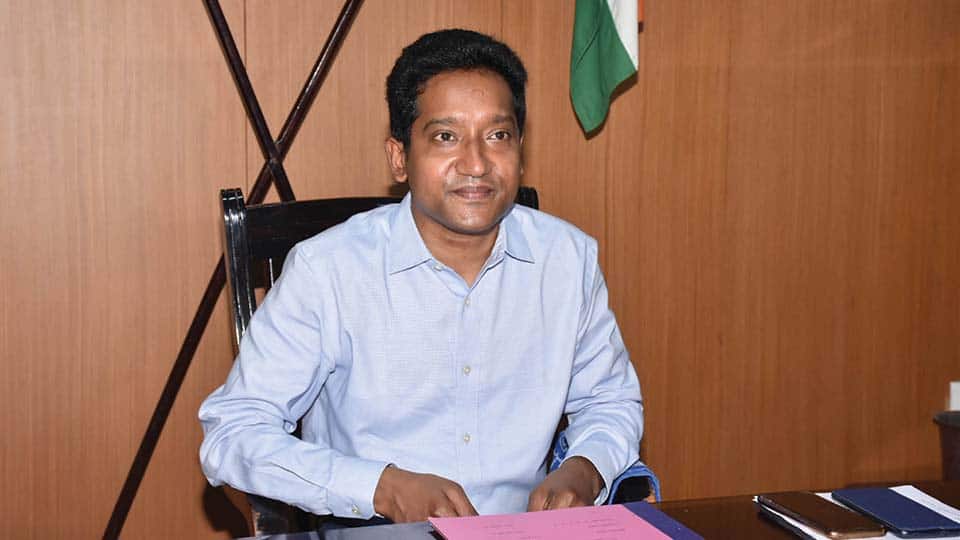 Encroachment of Government properties to be cleared once survey concludes: DC

Mysuru: Asserting that strict action has been initiated to protect lakes, burial grounds, waterbodies and such other Government properties, assets and holdings, Deputy Commissioner (DC) Dr. Bagadi Gautham said that a survey has been ordered to discover any encroachment of all landed Government properties and clearance of encroachment has already begun at places wherever the survey has been completed.

Speaking to ‘Star of Mysore,’ Dr. Bagadi Gautham said that the survey is being carried out jointly by officials from concerned Departments such as Revenue, RDPR, Minor Irrigation, Water Resources etc. Pointing out that the survey staff will identify and mark boundaries based on the original Govt. records, he said that roads in rural areas will be cleared if they are found to have been encroached upon. As regards  to encroachments in Mysuru, the DC said that MUDA officials are already clearing encroachments in its jurisdiction.

Referring to utilisation of SC/ST funds, the DC said that the SC/ST funds cannot be diverted to other purposes. Contending that funds released under various heads are being utilised only for the meant purpose in the district, he said that the ZP CEO will look into any violations if complaints are received. So far, no such complaints have been received in the district, he added.

Maintaining that the co-operation of all sections of the society played a crucial role in the handling of COVID pandemic in the district, the DC said that the district administration has taken serious note of the possible fourth wave. Noting that the authorities are following Government guidelines that are issued time-to-time, he said that measures will be taken to ensure that the pandemic does  not raise its ugly head once again.

On the problems in availing benefits under various social security  schemes of the Government, the DC said that there were technical glitches in the deliverance of benefits, which will be rectified. Contending that most of the problems are linked to change in Bank accounts, IFSC Code and Aadhaar cards, he said that Revenue Department officials are visiting houses of beneficiaries for correction, following which most of the beneficiaries are getting their benefits. The DC said that ‘Revenue Adalat’ at Hobli-level resulted in implementation of social security schemes, he added.

Deputy Commissioner (DC) Dr. Bagadi Gautham
BJP must get 10 seats out of 11 in Mysuru: Nalin Kumar Kateel
Resignation finally after days of defiance: Eshwarappa to meet CM at 7 pm