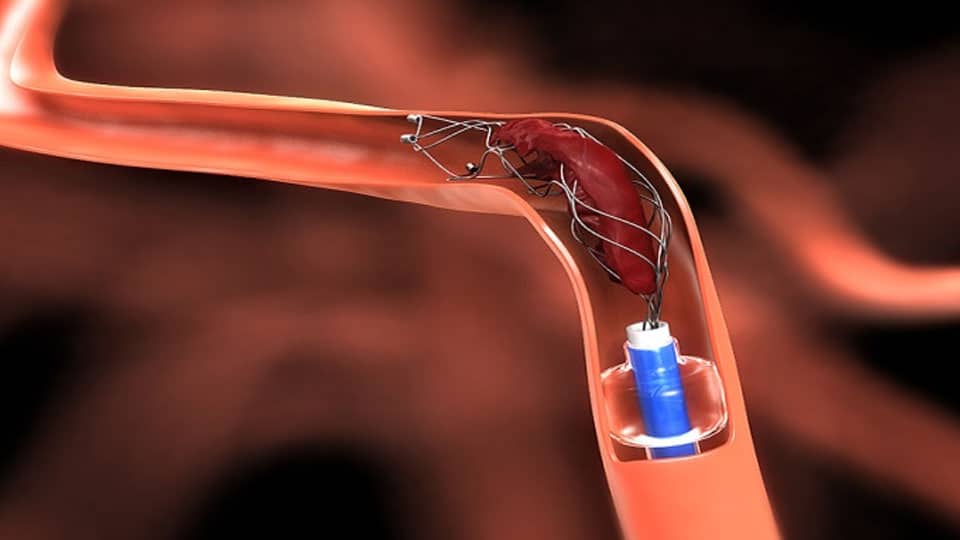 Apollo Institute of Neurosciences has been in the forefront of the treatment strategies in the field of Neurology and Neurosurgery in the city. The Institute is the biggest Neurology Neurosurgery unit in this region with three Neurologists and two Neurosurgeons and an interventional Neuro-Radiologist.

“It has to its credit a number of firsts in the treatment of neurological disorders in city like Stroke Thrombolysis, Intra-Arterial Thrombolysis, Botulinum Toxin Therapy, Endoscopic Neurosurgery, Comprehensive Electro-physiology Lab and Sleep Studies  to name a few. Now the latest modality of treatment of stroke has come to Mysore i.e. Endovascular Treatment of Stroke” says Dr. Somanath Vasudeva – Head of Institute of Neurosciences, Apollo BGS Hospitals, Mysuru.

The hospital has treated three Stroke cases through endovascular techniques in the last six months.

In the first case, a 45-year-old male from Srirangapatna came to the hospital on Nov. 25, 2018 with a sudden onset weakness on the  left side of body and decreased responsiveness. After initial evaluation by Dr. Somanath Vasudeva, a clinical diagnosis of acute stroke was made and he was stabilised. The MRI scan showed an early developing infarct in the right half of brain corresponding to a block in a major branch which supplies it. Dr. Vinay Hegde, manually removed the clot which was blocking the branch using a stent retriever. There was a significant restoration of blood flow to the brain preventing further worsening and progression of stroke. Over the few days, he recovered and was able to walk by himself by the time of discharge after a week and could speak normally. Over the next month, he recovered completely with continued neuro rehabilitation. He has resumed his work and continues to lead a normal life.

READ ALSO  In their hour of grief, family parts with loved one's organs

In the second case, 34-year-old P. Shivakumar from Siddapura in Virajpet  taluk came to the hospital on Dec. 18, 2018, with sudden onset of headache and weakness of left hand and after initial evaluation by Dr. Aumir Moin – Sr. Consultant Neurologist, MRI scan showed a hematoma in the right side of brain – affecting the area which controls the motor power of left hand. He improved over the next few days and was discharged. A cerebral angiogram was done after about one and half months that showed a small arteriovenous malformation adjacent to the site of hematoma, which was the cause of intra-cranial bleeding. Shivakumar underwent endovascular embolisation by Dr. Vinay Hegde and the malformation was completely blocked using an embolic agent. The patient is currently recovering from the procedure.

In the third case, 25-year-old Mahesh Kumar came to the hospital on Mar. 7, 2019, with weakness of right sided limbs and loss of speech. After being examined by Dr. Somanath Vasudeva, MRI scan was done which showed an early stroke. He was immediately taken to the cathlab and an angiogram of neck and brain vessels was performed and it showed a clot in the major blood vessel in the neck, a part of which had dislodged and had migrated and occluded a major branch in the brain.

The clot in the brain was removed by Dr. Vinay Hegde using a stent retriever and he was further managed in the  ICU and ward. He slowly recovered over few days and escaped the risk to life and avoided a major neurosurgical procedure. He is presently undergoing neuro rehabilitation and can walk with support and is attempting to speak words.

“Advantages of this treatment is the better result, reduced incidence of bleeding in brain, longer window period for treatment, reduced hospital stay, no incisions or scars. At the Apollo Institute of Neurosciences, these procedures can be done at a much lesser cost compared to Bengaluru. Since Mysuru district caters to the neighbouring districts of Kodagu, Chamarajanagar, Hassan and Mandya, the people of these districts along with Mysureans can avail this latest treatment of Stroke and other vascular diseases of the Brain and spinal cord,” says Dr. Aumir Moin, Sr. Consultant Neurologist, Apollo BGS Hospitals, Mysuru.