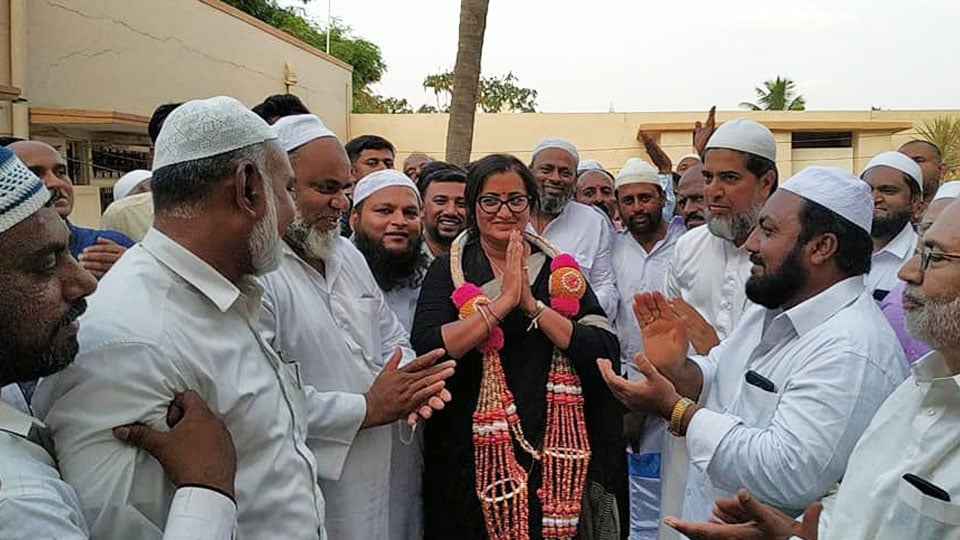 Will not join BJP: Sumalatha Ambarish

Addressing Muslim community people at Guttalu Layout in the town on Friday, she said that BJP has extended support considering her political situation in the district.

“I  will not join the BJP. It is all rumours. My priority was Congress, but as the party denied ‘B-Form’,  I am contesting as an Independent. I am not after power. Otherwise, I would have accepted the offers given by Congress and JD(S) leaders, I will consult the supporters before taking  any decision,” she said.

Referring on the statement of State BJP State President B.S. Yeddyurappa that it is left to Sumalatha to either join BJP or not in a section of newspaper, she asked the voters not to believe the rumours of her joining BJP and appealed them to give her a chance to represent them in the Parliament.

She said that Sandalwood actors Yash and Darshan would continue their campaign after a short break from Apr. 8 onwards across Mandya Constituency till the open canvassing ends.

She declined to make comment on the allegations of District Minister C.S. Puttaraju that late actor Ambarish failed to visit Mandya often when he was alive.