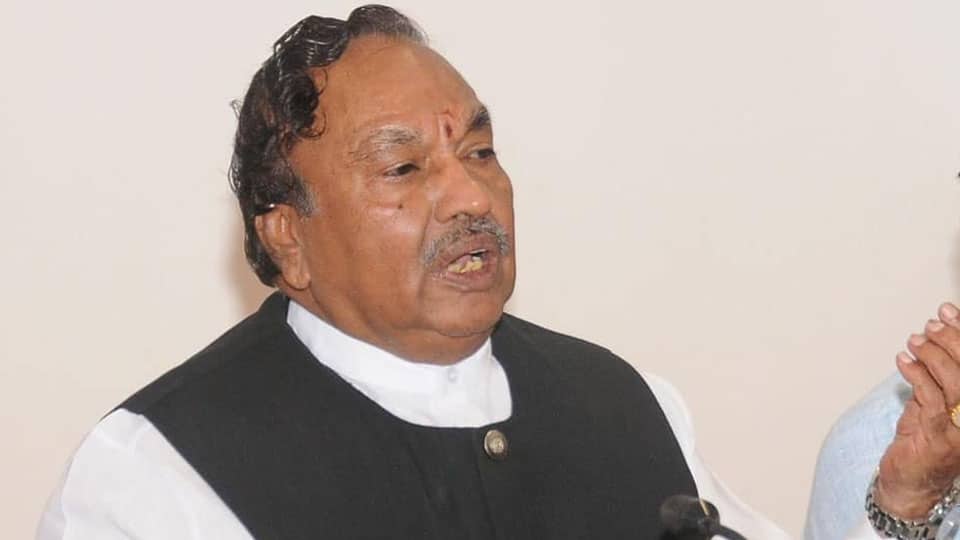 Mysuru: RDPR (Rural Development and Panchayat Raj) Minister K.S. Eshwarappa had to face the ire of Bovi community members when he arrived at Chamundi Hill to offer prayers to the deity this morning.

Eshwarappa, who arrived in the city late last night to take part in official engagements today, visited the Chamundi Hill to offer prayers to Goddess Chamundeshwari when Bovi community members staged a protest against the Minister for using the word ‘Vadda’ in his criticism CLP leader and former CM Siddharamaiah.

Eshwarappa, in his jibe at Siddharamaiah recently, had termed the former CM a ‘Vadda’ to which the Bovi community members took strong objection, claiming that the usage of the word offended the community.

Holding placards condemning Eshwarappa’s remarks, the protestors demanded an apology from the Minister and warned him not to use the word in future.