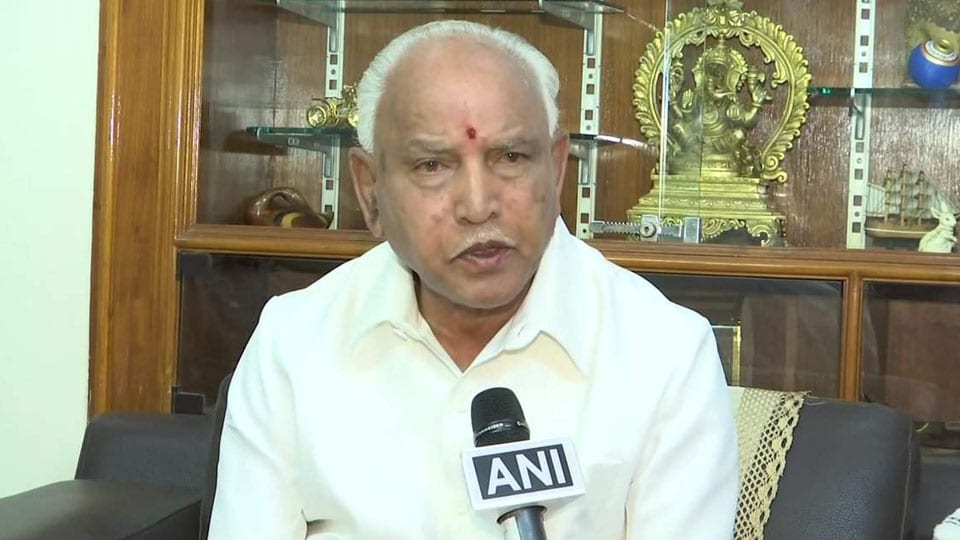 Yediyurappa was accompanied by his deputies Laxman Savadi and Dr. C.N. Ashwath Narayan.

Yediyurappa is said to have explained Shah on the plight of disqualified legislators, who were instrumental in the formation of the BJP Government in Karnataka, with the Election Commission unexpectedly announcing the by-poll schedule.

During the talks, Yediyurappa is also said to have discussed release of flood relief funds to the State, with the BJP National President.

Soon after the by-polls were declared on Saturday, BSY dashed off to New Delhi from Bengaluru last evening, after holding a meeting with disqualified legislators, who expressed serious concerns about their political future.