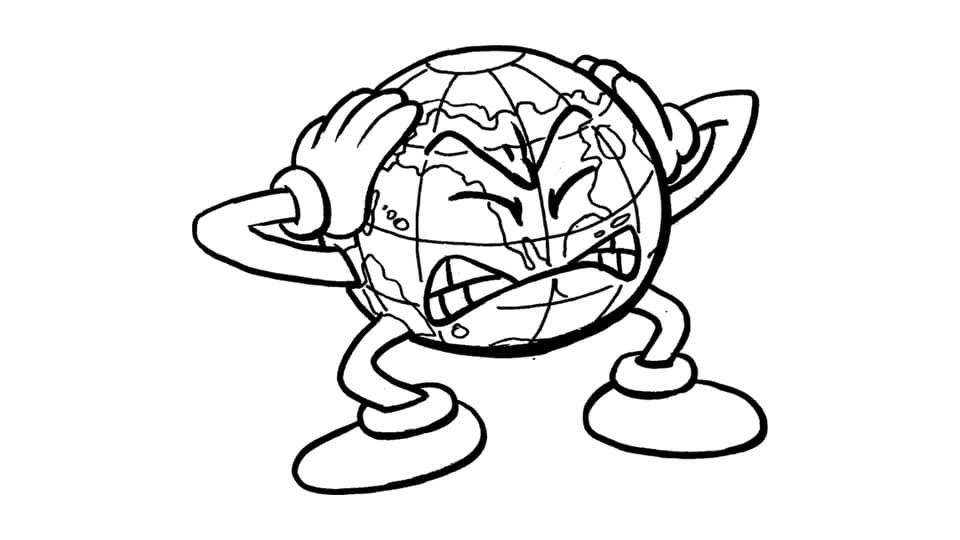 We’re even giving God a headache !

Sonu Nigam wrote that azan, the call to prayer for Muslims early in the morning, was disturbing him. And lo and behold, all kinds of noise pollution erupted; from self-proclaimed God’s special children, the priests, to opportunistic publicity-seekers.

While Sonu Nigam may not have lost his voice, he sure lost his cool and with that lost his hair too…and all because some head priest of a little known mosque announced a Rs. 10 lakh ‘supari’ for his hair… and thank God for it, because Sonu Nigam really needed a haircut.

Now, everyone rightly got upset with this ‘hair supari’ priest. But no one spoke about how this priest was not alone in his call for the most expensive and illegal hair styling job in the nation.  He was accompanied by four priests from four other faiths… Hinduism, Buddhism, Jainism and Christianity. And they were at the same press conference on stage when the ransom for Sonu Nigam’s hair was announced! Wah! When religion is threatened, all religious heads come together and become a united force…like coalition politics.

Where is this camaraderie among priests of different faiths when people have to be brought together? There is none because as long as people of different faiths are fighting, these people will remain in business. But if people come together and conclude that certain practices are disturbing the larger population and their fellow men, these religious heads feel threatened?! Yes, our religious leaders are threatened by the ban on loud-speakers because loud-speakers are a communal currency to be used when mischief is to be made.

It makes one wonder, what is it with religion and noise? Almost all religions have some form of noise in rituals or expression of devotion. Songs, of course, are not noise but there are bells, chest-beating, beating of gongs, shrill readings of holy books, screaming of God’s name aggressively, playing loud jarring holy music etc. And all this at odd hours of the day with complete disregard to the disturbance it causes.

Why is religion exempt from logic, rationale and respect for other people’s right to live in peace? The law says your right ends where the other person’s nose begins…but religion has no end, it can go beyond your nose and into your ears and turn you deaf to decency and logic.

Also we humans seem to be addicted to noise. From a very early age, humans surround themselves with noisy things. When a baby is born, the first thing that it gets is a big noisy bell on top of its cradle. Even mothers who play with their new-borns generate incoherent vocal modulations. Animals on the other hand never behave like this. They are calm and composed and don’t need animated vocal assurances of affection and loyalty. We never see a tigress roar every time she licks her cubs or an elephant trumpeting every time she caresses her calf.

It’s just us humans who give our kids an early start in senseless vocal modulation. We even use it to induce muscle bladder-action, remember that low-toned hissing noise that parents make like perturbed snakes, “Sssss……Sssssss”  to get  their children to urinate? May be the child finds this noise irritating and may be the baby urinates just so you will stop?

As we get older, we get noisier and we use even noisier gadgets. In fact, our day begins with noise and ends with it. We wake up to the noise of an alarm and go to sleep to the sound of the television. Even walkers on Chamundi Hill play songs loudly on their phones instead of enjoying the songs of the birds and the soothing sound of the morning breeze ruffling the leaves.

We humans have come to a point where we have become noise addicts, or may be we fear silence. Guess, now we suffer from sedatephobia, the fear of silence, because silence forces one to reflect and people find it hard to face up to the truth that simmers up during introspection.

For now, why does religion need audio amplifiers in public? Religion is supposed to be about self-discovery, introspection and positive change, things that usually happen in the presence of silence or a soothing ambience. It makes us wonder if any God really cares how loud we play songs in their praise? We are probably giving even God a headache, along with the rest of the population who may be in the hospital, classroom or at work.

Probably, if we all prayed and introspected in silence, we would find God and become more considerate human beings instead of blaring his praises on a loud-speaker. Loud-speakers will not help you attain Moksha, Jannat nor beam you up to Heaven. So let’s have some silence please and lots of introspection.

3 COMMENTS ON THIS POST To “We’re even giving God a headache !”