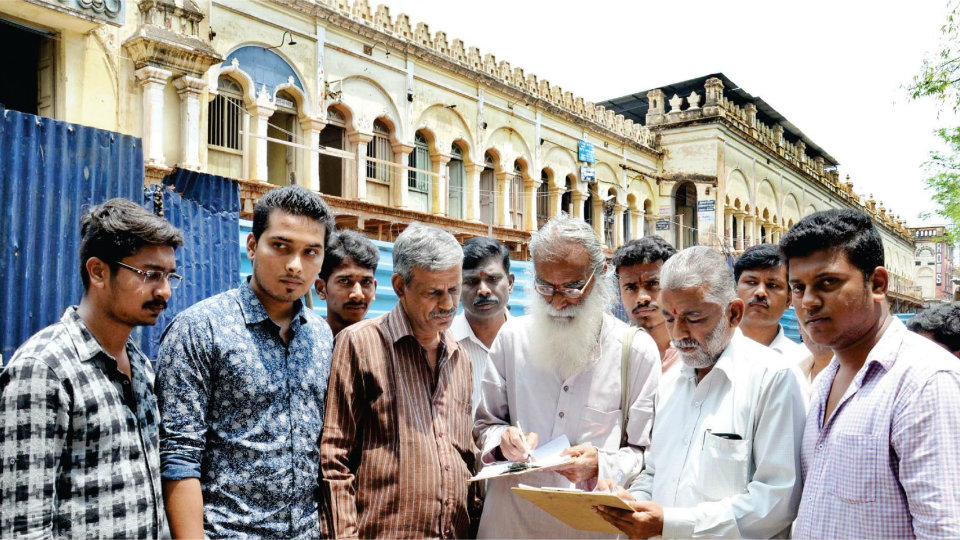 Mysuru: Mysuru Deputy Commissioner D. Randeep has warned the officials of Mysuru City Corporation (MCC) and the Mysuru Urban Development Authority (MUDA) that disciplinary action would be taken against them if they grant permission to demolish heritage structures under their jurisdiction.

He stated that no heritage structure should be altered before the final notification of ‘heritage structures list’ is approved by the Government. He also appealed to the owners of private heritage properties not to take up repair, harm or demolish their assets without informing the Committee.

According to the Heritage Committee, there are around 600 heritage buildings in the city that are over a century old. The Committee had recently listed 201 heritage buildings and the final report will be submitted soon. Once the report is submitted, the District Administration would release a list of rules, regulations and guidelines to conserve the structures.

Among the 201 properties, 52 are under Government control, 13 under the Centre, 16 with the MCC, nine with the University of Mysore, and 111 under private ownership. “It’s the responsibility of the citizens of Mysuru to safeguard the heritage [of the city]. But recently, the city’s heritage has been harmed by the demolishing of such structures without notifying the Committee set up to safeguard them,” the DC said.

The DC also said none of the 201 properties should be harmed at any cost either by Government agencies or others, until the Government issues a notification.

Signature campaign against Lansdowne building demolition: Members of Belaku organisation yesterday launched a signature campaign to oppose demolition of the Lansdowne Building. The agitators, led by retired Professor P.V.          Nanjaraja Urs, collected signatures from shop owners and members of the public near the heritage building.

According to them, the Lansdowne Building and the Devaraja Market must not be demolished and must be renovated and handed over to the merchants and businessmen who were trading there earlier.

The existing structures must be retained and money must be spent to renovate them instead of reconstructing them, they said.

Addressing traders, Urs said, “We should protect the building as it has its own significance. Mysuru is known as Heritage City only because of its heritage structures and it is our responsibility to protect them. The authorities are destroying the structure in the name of renovation.”