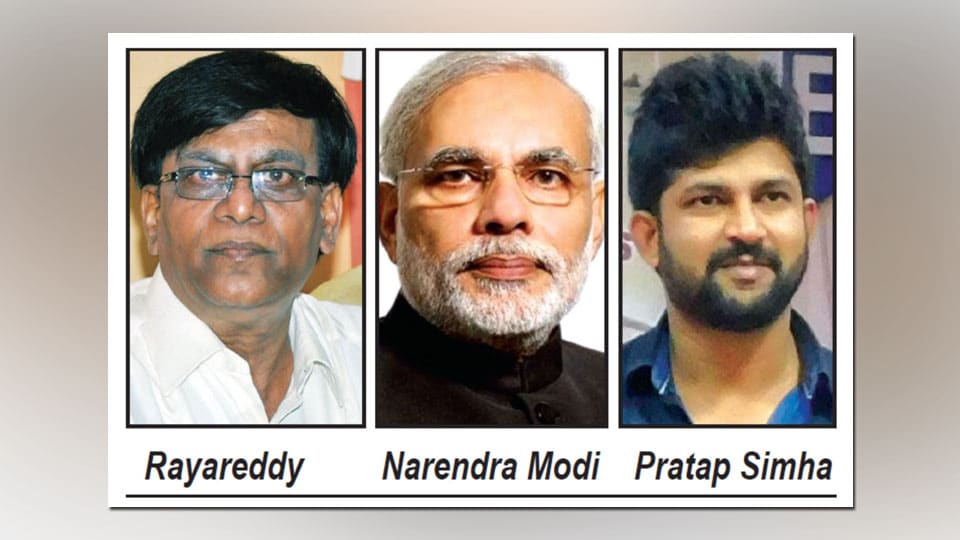 Koppal: “Let (Prime Minister) Modi die if he wants power,” said Higher Education Minister Basavaraj Rayareddy. The Minister said this when he was asked about the Centre’s move to remove red beacons from all government vehicles.

“I welcome the measure and I also suggest that my security cover too be withdrawn. But Modi too should get rid of his security cover,” Rayareddy told reporters in Koppal yesterday.

When reminded that Modi was facing threat to his life, Rayareddy replied: “Let him die.” He immediately clarified that he did not mean Modi. Later, the Minister said people in power should desist from having a thick security blanket around them. He also said that “one should be willing to die if they want to remain in power” and “if you don’t want power then quit and sit at home.”

The Minister said that he does not fear for his life and would go to the extent of refusing even government vehicle. “I am prepared to walk. If necessary, I will travel in my own car. If someone wants to kill me, let it be so. I will not even draw salary,” Rayareddy said.

Pratap Simha reacts: Reacting strongly to Rayareddy’s comments, Mysuru-Kodagu MP Pratap Simha said he was shocked by the Minister’s statement on PM Modi. “We have never seen the Chief Minister speaking respectfully about people who hold high positions. The same audacious behaviour is followed by his Cabinet colleagues too,” he said citing a Kannada anecdote that says the elder sister is followed by the entire family members.

READ ALSO  The Showman and his Trump Card

“Siddharamaiah, after winning Gundlupet and Nanjangud by-elections is speaking about maturity. I want to ask the CM was it a mature move when he abused the SP publicly. It is natural for a person to acquire wisdom when he gets older. Unfortunately that has not happened with Siddharamaiah and his Cabinet colleagues,” he said.