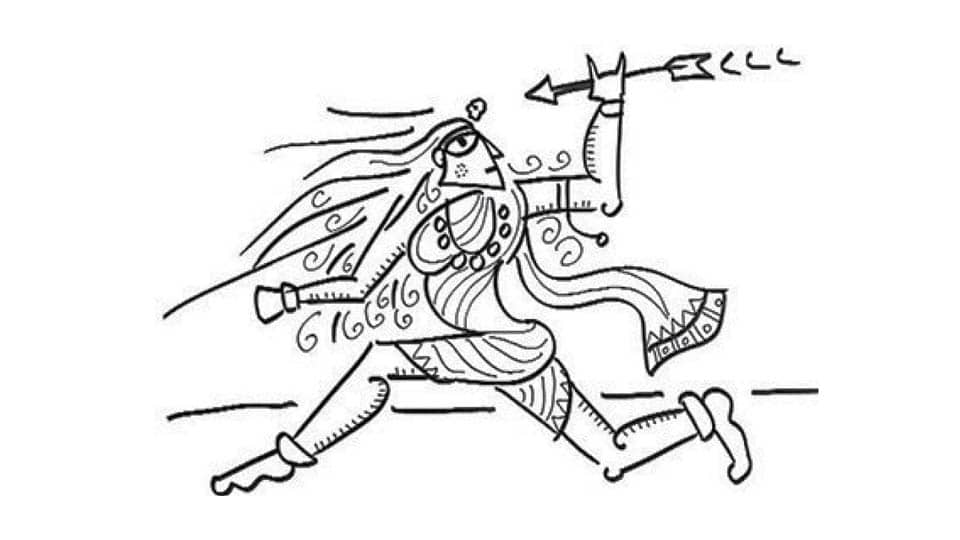 Even Gods played the Sport

Sport, as we know it today, comes from ancient Greece where games were part of the funeral rituals to honour dead heroes and leaders. India also has a long history of sport. In Harappa, one finds seals that suggest that the people of Harappa were familiar with bull fighting or bull leaping, a common agricultural sport, similar to Jallikattu in Tamil Nadu. Amongst Harappan toys, we find dice. In the Vedas, we find reference to chariot racing and gambling with dice, popular outdoor and indoor sports respectively. In Ramayana and Mahabharata, the warrior princes are shown as being proficient in archery, mace-warfare, fencing, wrestling, and similar military sports. Thus, we can safely say that sport in India began in both agricultural communities as well as martial communities.

In early Buddhist art, we find images of Surya on a chariot flanked by female archers, indicating that women, like men, enjoyed archery and often took part in hunting expeditions. In the Mahabharata, we hear the story of Renuka who could run so fast that she could catch hold of her husband’s arrow before it struck the target. In Tamil folk Mahabharata, a sphinx-like creature with lion or deer feet, known as Purusha-mriga, challenges Bhima to a race. Also in folktales, all competitive games involving sticks (gilli-danda), body (kabaddi), balls (lagori) and rope (rassa-kassi) are said to be invented by eternal rivals, Pandavas and Kauravas.

India is known as the land of board games. Games like snakes and ladders were invented by Jain monks to teach people karma. Ganjifa cards were popular with Indian kings and queens. On temple floors, we see carvings of various games like ludo and chaturanga, which eventually gave rise to the game of chess as we know it. In mythology, Shiva and Parvati continuously play dice games, as do Vishnu and Lakshmi. This is why board games and cards are a popular part of rituals, especially during Diwali.

Wrestling scenes are carved on temple walls. Krishna loved wrestling, though Ram is never shown wrestling, differentiating the avatar that was raised in a cowherd family from one born in a royal family. Bhima and Duryodhana are linked to swimming and holding their breath under water for long durations. In Jain literature, the brothers Bharata and Bahubali compete in several competitive games like staring until one blinks or striking each other with water in a pond till one loses balance, as a way to establish a victor while avoiding war.

In Kerala, the Mohiniattam dance involves a segment where women play with balls on the sea-shore. Is that reference to jugglery, catch or volleyball? We can only speculate. Just as we can speculate if Ravana carrying the Kailasa mountain or Krishna carrying Govardhana is a metaphor for weight-lifting and if Hanuman jumping over the sea is a metaphor for long-jump.

Historians have pointed out that polo was played in Manipur nearly 2,000 years ago. It was called sagol (horse) kangjei (hockey). It was also brought to India by Turkish warlords and Mughal soldiers who used dead sheep as balls and sometimes, elephants instead of horses. Legend has it that Bodhidharma took martial arts from Kerala to Shaolin temple in China almost 1,500 years ago. This sport history has been eclipsed by India’s intellectual past, perhaps because Indians tend to value the mind over the body, rather than seeing mind as a continuum of the body.