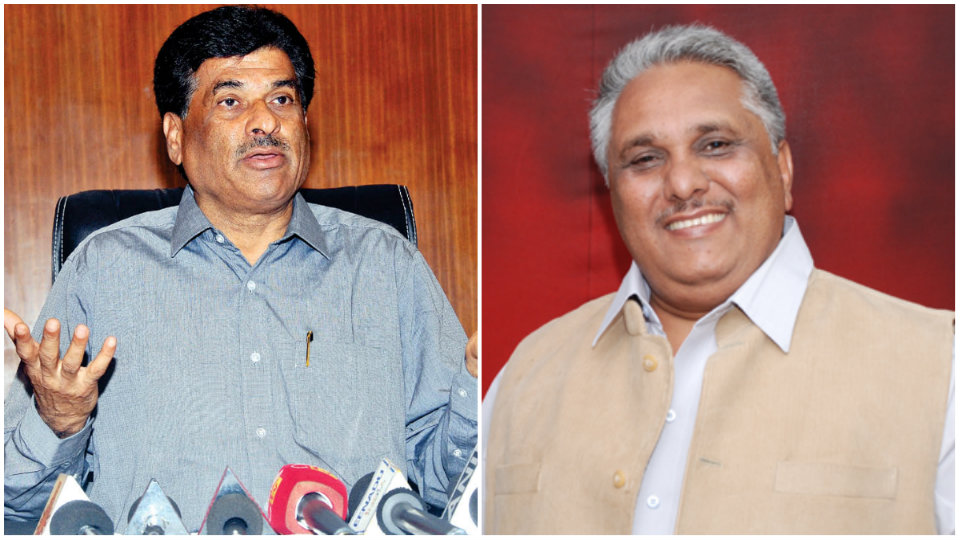 Mysuru: Accusing former University of Mysore (UoM) and KSOU Vice-Chancellor Prof. K.S. Rangappa of running away from the open debate (Sawaal-Jawab) organised by MDJA at Pathrakarthara Bhavan, former MLC G. Madhusudan has demanded a CBI probe into all the scams and irregularities that had allegedly taken place during Prof. Rangappa’s regime.

Addressing press persons at Pathrakarthara Bhavan this morning, Madhusudan said the MDJA had fixed the open debate at 10 am today. But Prof. Rangappa did not turn up even at 10.30 am. [Following legal advise, the MDJA last evening cancelled the debate on the grounds that the matter  was in Court].

Taunting Prof. Rangappa of being a coward as he was afraid to face some very uncomfortable questions on the alleged scams in UoM and KSOU, the ex-MLC said he had sent a 13-page questionnaire to Prof. Rangappa via MDJA, for which he (Rangappa) had to come up with answers at the debate. But going through the questionnaire, Prof. Rangappa must have got so scared that he chose to skip the debate. Stating that Prof. Rangappa would have turned up for the debate had he been honest, Madhusudan urged the former VC to hold the debate under the aegis of his (Rangappa) fans association and he would certainly accep   the challenge.

He said he had posted the 13-page questionnaire sent on his website: www.gomadhusudana.in to enable the public to go through it. He also called Prof. Rangappa as ‘Prof. WRONGAPPA’ as he had done many wrongs in his tenure as VC.