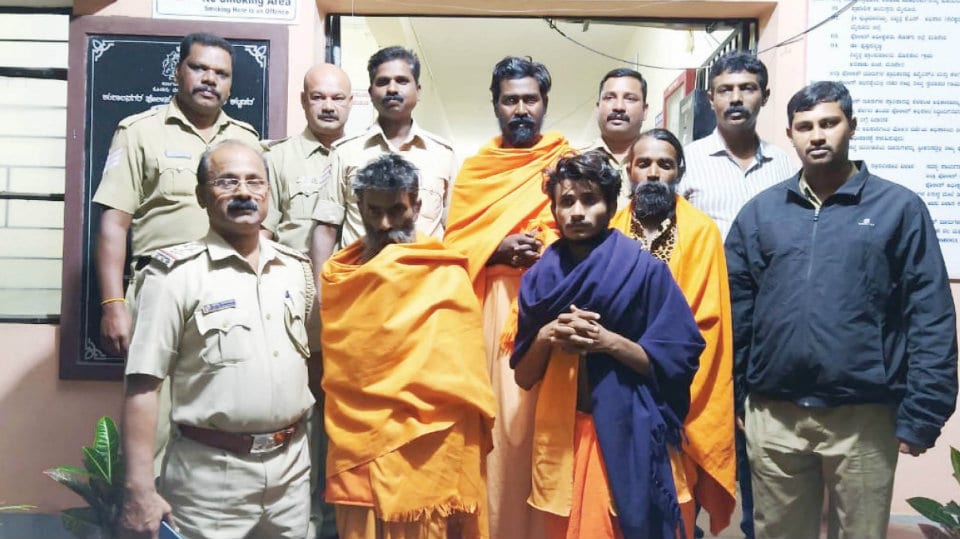 Kushalnagar:  Kushalnagar Police have arrested four fake ‘Sadhus’ who had duped a finance company owner and had made away with a mobile phone and cash from him.

The Police have seized a car besides confiscating various powders, which have been sent to a laboratory for testing.

On Nov.24, the fake ‘Sadhus,’ who came to Janashree Finance on IB Road in Kushalnagar, met B.A. Nagegowda, the owner of the company and had introduced themselves as Naga Sadhus from the Himalayas, gave him a powder to sniff and after Nagegowda fell unconscious, the accused had made away with Nagegowda’s mobile phone and cash.

Following a complaint by Nagegowda, Kodagu SP Dr. D.P. Sumana had formed a team headed by Dy.SP P.K. Muralidhar to nab the accused.

The Police team, which took up the investigation, have arrested all the four fake ‘Sadhus.’