Home » News » Farmer killed for not letting out farmland for mining 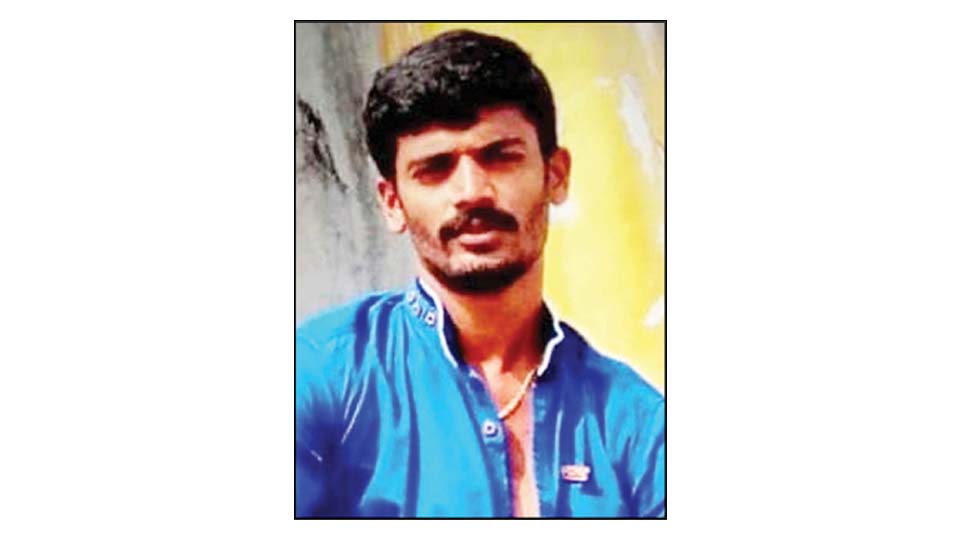 Farmer killed for not letting out farmland for mining

Nagamangala: In a diabolical act, a farmer was kidnapped and murdered by a miner for not letting out his farmland for mining activities in Nagamangala taluk. The deceased farmer has been identified as N.R. Mohan (31) of Naragalu village in the taluk.

Details: N.R. Mohan is said to have been kidnapped by a Tamil Nadu based miner and his associate, a former Gram Panchayat (GP)member when he went out to his farm for herding cattle on the afternoon on May 15. Subsequently his mother Vasanthamma went to the jurisdictional Bindiganavile Police Station to lodge a complaint the same night, when the Police did not respond. Later, Mohan’s wife Yamuna went to the Police Station the next morning (May 16) to lodge a kidnapping complaint along with proof. But the Bindiganavile Police refused to accept her version and instead filed a missing case after getting the complaint altered by Yamuna.

As the Police utterly neglected her complaint, Yamuna, finding no other way, went to the SP’s Office at Mandya along with her two children to lodge her complaint. Following directions from SP Yatish, the Bindiganavile Police registered a kidnapping case on the night of May 19 and began investigation by summoning the Tamilnadu based miner Raju to the Police Station.

During questioning, Raju confessed to have kidnapped Mohan on the evening of May 15 and murdered him the same night. Raju also spilled the beans on the whole act of kidnapping and murder, following which the Police went to Teralu in Holenarasipur taluk, where the accused had buried Mohan’s body after killing him. Mohan’s body was exhumed in the presence of Holenarasipur Tahsildar and sent the body for the conduct of post-mortem. Following unearthing of the murder, the Police arrested Raju, former GP member Kumar and JCB machine operator Sandeep, for helping the duo in committing the crime.

Raju had engaged himself in mining activities in the farmland of one Halagegowda alias Kumar at Naragalu village after taking the land on lease two years ago. Kumar’s cousin Mohan’s land was adjacent to Kumar’s land and Raju used to pester Mohan for leasing out his land too. But Mohan refused to let out his land for mining saying that he would not allow his cultivable land for mining. Thereafter, Raju and Mohan’s cousin Kumar developed hatred for Mohan and hatched a plot to kill him.

READ ALSO  If voted to power, JD-S will nominate one among Asha and Anganwadi workers as MLC

Mohan left home on his motorcycle for his farmland on the afternoon of May 15 to bring cattle left for grazing back to his home.  As it was cloudy, Mohan’s wife Yamuna called her husband over phone a number of times to come back home early. But as her calls went unanswered, Yamuna went in search of her husband, when she found Mohan’s motorcycle abandoned in front of Addihalli Milk Dairy. Suspecting something fishy, Mohan’s mother went to Bindiganavile Police Station the same night to lodge a complaint, when the Police allegedly failed to respond to her. The next day, Yamuna went to the SP’s Office at Mandya and lodged a complaint suspecting that Miner Raju and Kumar may have kidnapped her husband. Following directions from SP Yatish, the Police began investigation and cracked the mystery behind the missing of Mohan, with the arrest of Raju and his associate Kumar, who confessed to have kidnapped and murdered Mohan as he refused to let out his land for mining.

During interrogation, Raju is said to have told the Police that he kidnapped Mohan in his car when he (Mohan) had gone to his farm on the afternoon of May 15 and strangled him to death in his car itself. Later, he disposed off the body by burying it at a Gomaala land at Teralu village in Holenarasipur taluk the same night with the help of Sandeep, a JCB operator, who digged the ground for burying Mohan’s body.

The investigation was carried out by Bindiganavile Police Sub-Inspector (PSI) Sridhar under the guidance of Nagamangala DySP Naveen Kumar and Circle Police Inspector (CPI) Sudhakar. The Police have continued investigation in the case to find out if there is any wider angle and also the involvement of others in the murder of Mohan.

Mandya SP Yatish, who took immediate action after Mohan’s wife Yamuna approached him with a complaint suspecting that her husband has been kidnapped by Raju and Kumar, had words of sympathy for the deceased Mohan’s family members.

Meanwhile, even as Naragalu villagers are demanding that Bindiganavile Police Sub-Inspector Sridhar be suspended for being apathetic to the complaint given by Mohan’s family members. Mandya Additional SP Venugopal was all praise for the Bindiganavile Police for having cracked the murder case. Venugopal told, ‘Mysooru Mitra’, the sister concern of ‘SOM’, that the police registered a case based on the complaint given by Mohan’s family members. Following the complaint, the police have cracked the case in just one day, with the arrest of the accused based on primary investigation. The police have to be complimented for their swift action, he added.

Even as the Police have cracked the case, there are allegations that the jurisdictional Bindiganavile Police failed to hear the pleas of the deceased Mohan’s mother and wife, who strongly suspected that Mohan may have been kidnapped by miner Raju and former GP member Kumar. Mohan’s wife Yamuna and the villagers who went in search of Mohan after he failed to answer mobile phone calls, found Mohan’s motorcycle parked in front of Addihalli Milk dairy. The villagers  also went through  the footages captured in the CCTV camera installed near the dairy, when it was seen that an unidentified man pushing away Mohan along with his bike and subsequently an unknown Maruti Van passing by, which gave to suspicions that Mohan had indeed been kidnapped. As such, Mohan’s mother and wife, in their complaints, had suspected that Mohan may have been kidnapped by Raju.

Mohan’s family members and villagers allege that the Police acted on the complaint, only after SP’s direction. They argue that despite the CCTV footage evidence, the police displayed negligence and failed to act immediately for tracing Mohan.

Meanwhile, it is learnt that miner Raju, apart from having a grouse against Mohan for not letting out his farmland on lease to carry out mining activities, also had strong suspicions that Mohan was behind the recent raids on his mines that were carried out by Mining Department officials.