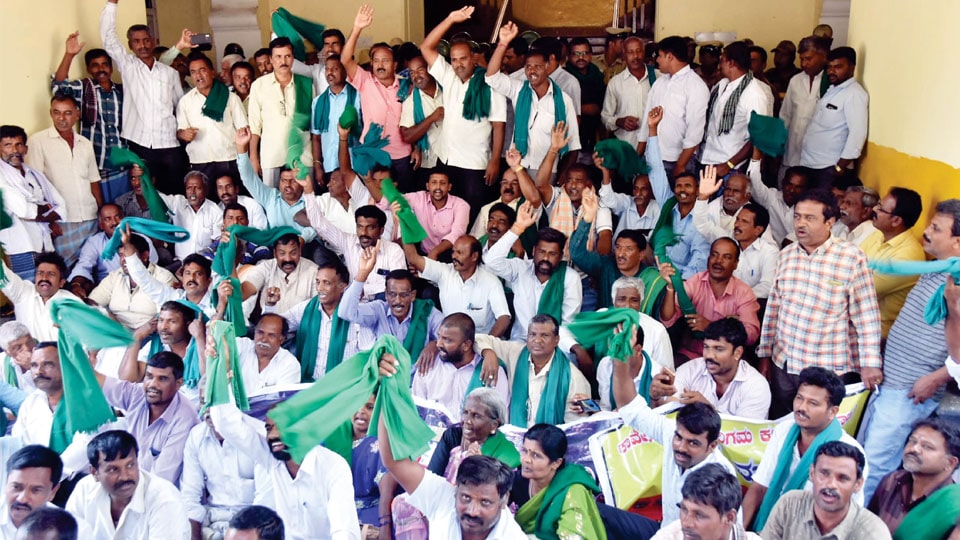 Farmers under the banners, ‘Kabini Raitha Hitharakshana Samithi’ and ‘State Sugarcane Growers’ Association,’ numbering more than 100, picketed Command Area Development Authority (CADA-Cauvery) Office on Sayyaji Rao Road this morning and demanded release of water from KRS to all canals. The farmers said that water from KRS was not being released into CDS Canal, Ramaswamy Canal, Virija Canal, Rajaparameshwari Canal and Madawa Mantri Canal. The protestors also demanded that Kabini water be released to the right and left bank canals. CADA Chief Engineer Shankaregowda, who met the protesting farmers, told them that they (CADA officials) were following Government orders and assured the farmers of talking to the Government following which the protest was withdrawn. State Sugarcane Growers’ Association President Kurubur Shanthakumar, General Secretary Hathahalli Devaraj, office-bearers Bhagyaraj, Shankar, Somashekar and others took part in the protest.