Home » Columns » Finally, they can say they are Gay 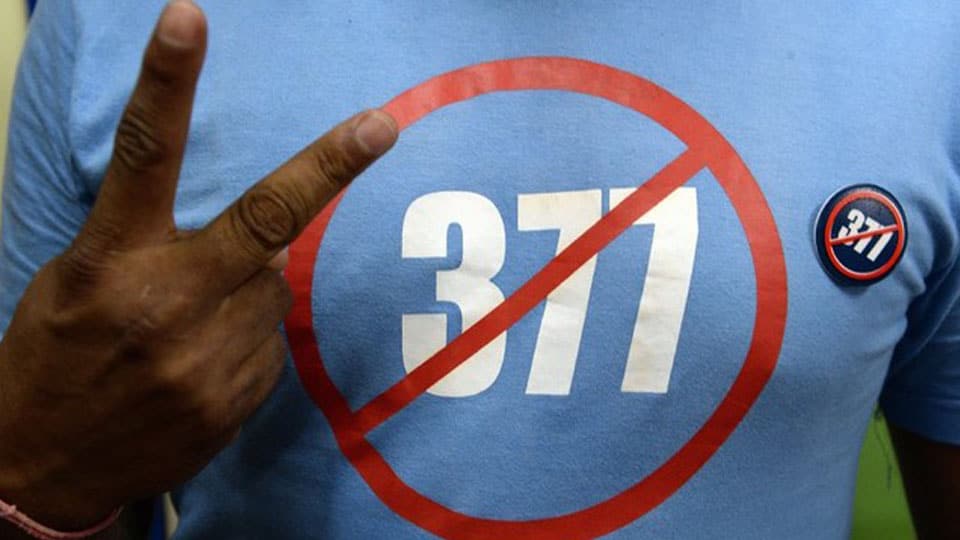 Finally, they can say they are Gay

When political parties know what is right, but cannot do it, they have a magic mantra they chant which is, “We leave it to the wisdom of the courts.” And thank God our Supreme Court has wise Heads because finally the Apex Court has decriminalised homosexuality.

It is not only an important judgement for the Gay community, but also for our Nation as it puts us on the path to develop a progressive mindset and reminds us that in a modern day Democracy, Constitution sets the tone, not a loud majority view.

And majority of the people view homosexuality as unnatural. They wonder how can a woman sexually desire another woman and not a man? Or how can a man have romantic feelings for another man instead of a woman? This seems unnatural to most of us heterosexuals because we are in majority and the majority decides what is “natural”  and not nature. That is why the Supreme Court while striking down a part of Section 377 said, “Majoritarian views and popular morality cannot dictate Constitutional Rights.”

Thankfully this time the Supreme Court Bench was wiser than the one in 2013. Because in 2013 the Bench of Justices G.S. Singhvi and S. J. Mukhopadhaya reversed the Delhi HC’s 2009 verdict that decriminalised Section 377. These two Judges will forever be remembered for endangering the lives of homosexuals because after the 2009 verdict many Gays came out openly and started living together. By over-turning the judgement after four years to please a coalition of religions, these Judges turned the openly Gay citizens into sitting ducks for extortionists.

So when did we become this prudish people that sees sex and skin as something dirty that we have to hide and enjoy? Yes, it’s a British Colonial vestige. It’s ironic that today the British are liberal sexually and intellectually while we have become narrow-minded religious fanatics! They are what we were centuries ago, and we are what they were centuries ago. Ah, how the tables have turned.

That said Indians are not really homophobic in the sense of the Westerners. In India, you will find men holding hands very often. And people don’t give a second look unlike in the West. This same sex “friendship”  has helped many same sex couples in India avoid the wary conservative eye. And when I was young I used to think they were lucky.

I had two Gay friends in college in Mysore who were a couple. We had an understanding; they could borrow my bike and I could use their room. I was jealous of these guys, because they would hug each other romantically as they rode to scenic spots, they had a big room in Gokulam where they enjoyed cooking and mating, they even held hands in public. Nothing evoked public outrage.  Whereas I was a heterosexual man and I could not take my girl friend on my bike holding me tightly lest someone sees. I had to sneak her to the  room as the landlord would not approve of female companion in his abode, and there was no way I could hold her hand in public.

I felt gays had it easy. They could do all this and they would be seen as “best friends.” I remember that landlord once reprimanding me saying, “Look at them they are good boys, studious and well-behaved. You are a dirty bugger and a bad influence on them.” It was ironic that he called me a dirty bugger, when in fact the boys whom he was praising were the real dirty buggers, because the word bugger means sodomiser or a homosexual! In fact, Section 377 comes from the British Buggery Act of 1533.

Speaking of twists and turns in Gay lives, I had a Gay colleague when working in the US. A white middle-aged Texan man. One day he came to me and in a sly manner said, “Vik I’ve got myself a Brown Bomb, an Indian man. We have been chatting for three months and I’m planning to send him a ticket to visit me.”  Since I was from India, he wanted to know about logistics of travel and ticketing.

I then asked him if I could see a picture of this “brown bomb.” He got excited, took me to his office and shyly clicked on JPEG file on his screen. And behold… the screen was filled with young bare and hair-chested Salman Khan!  Posing with one hand behind his back and looking yearningly into nothing. More Salman photos popped up. I had to tell my Texan friend that this was a movie star in India and he was being baited for a free ticket.

Sometimes homosexuals themselves feel isolated. I knew a classmate in Mysuru who committed suicide as he felt he was ‘abnormal.’ He was  popular among the girls but never had a girlfriend and was bullied. I remember when Karan Johar’s movie Kabhi Khushi Kabhie Gham… came out, they would tease him saying “for you it’s Kabhi PuS*y Khabi Bum.” Before we knew, he had hung himself at a hotel in city.

The world is a complicated place, nature is complicated. The same God who gave us heterosexuals gave us homosexuals and transgenders.  The same nature gave us Gay heroes and geniuses from Alexander the Great to Leonardo da Vinci. For all those who think homosexuals have a psychiatric problem, remember the biggest names in art and technology are homosexuals from Tim Cook CEO of Apple Computers to  movie-maker Ismail Merchant. We have to learn to live and let live. That’s what the Supreme Court has taught us.

Our famous Hindi Director Karan Johar in his memoir wrote, “Everybody knows what my sexual orientation is. I don’t need to scream it out. If I need to spell it out, I won’t only because I live in a country where I could possibly be jailed for saying this. Which is why, Karan Johar will not say the three words that possibly everybody knows about me.”

Well, I guess now, like all homosexuals Karan Johar too can finally say those three words: I am …

9 COMMENTS ON THIS POST To “Finally, they can say they are Gay”