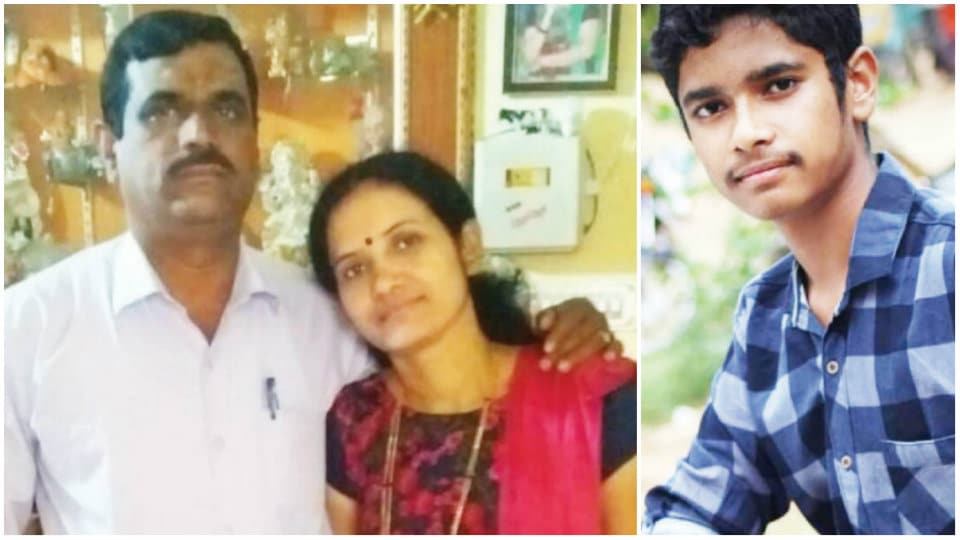 K.R. Nagar: A Head Constable and his son died while his wife  suffered serious injuries in a fire accident that took place while lighting the water stove at their house in Eshwara Layout at K.R. Nagar last morning.

While the deceased is Renukaswamy (46), a Head Constable attached to City Armed Reserve, Mysuru and his son Tejas (14), Renukaswamy’s wife Pushpalatha is seriously injured and is admitted to a private hospital in Mysuru.

Details: Yesterday morning, Renukaswamy, who went to the bathroom at his house where the water stove is situated, placed wood, poured kerosene and ignited the stove. As more kerosene was poured, the flames erupted suddenly. In a bid to avoid the blaze, Renukaswamy, backed a little, knocking down the kerosene can placed right next to him and in the process the fire engulfed.

Meanwhile, neighbours who rushed to the house of Renukaswamy, managed to douse the fire and admitted them to a local hospital where first-aid was provided and later they were shifted to a private hospital in Mysuru, where Renukaswamy succumbed to burn injuries.

Police said that Renukaswamy had suffered 80% burn injuries while Pushpalatha suffered 30% burns. However, the couple’s daughter, who was also present in the house, is safe.