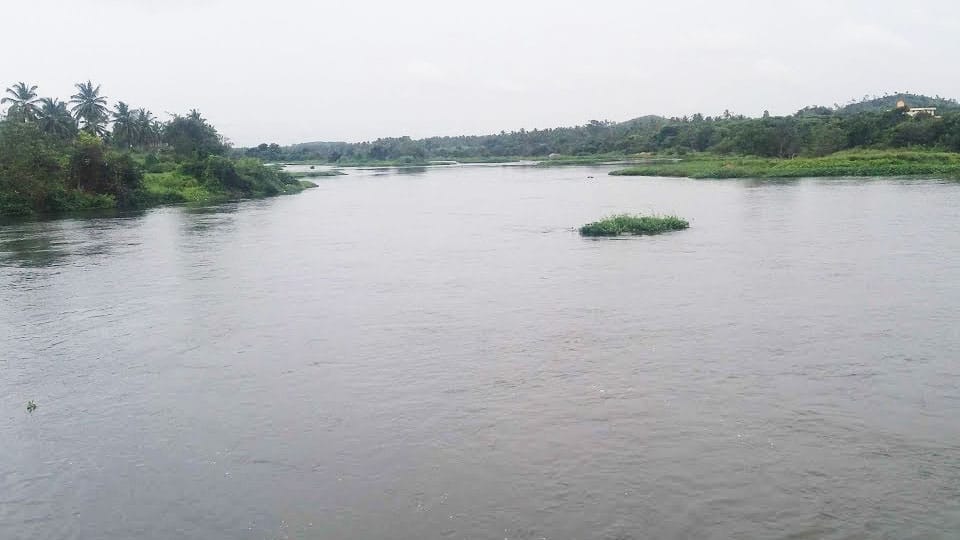 Srirangapatna: Three students from Darul Uloom Siddiqia Trust Arabic College at Siddiquinagar in Mysuru drowned in River Cauvery at Srirangapatna this morning. While the body of one student has been fished out, Fire and Emergency Service personnel and expert swimmers have launched a search for the bodies of other two.

The deceased students are Mujassim Ahmed of Arasikere in Hassan, Mohammed Tauseef of Hassan and Iftekar of Hunsur. All were aged 18. Today, (Friday) was a holiday for the college, the trio told the college staff that they were going to their native places but instead went to Srirangapatna, the college staff said.

The students, after reaching Shambhulinganakatte near the burial grounds in Srirangapatna, ventured into Cauvery River. While swimming, one of the students was swept away by strong water currents. Seeing their friend drowning, the other two students tried to save him but they too were caught in water currents and drowned, the Srirangapatna Police said.

The body of Mujassim Ahmed was fished out while Fire and Emergency Services personnel and expert swimmers and divers are searching for other bodies. Srirangapatna Town Police, who have registered a case, are investigating.