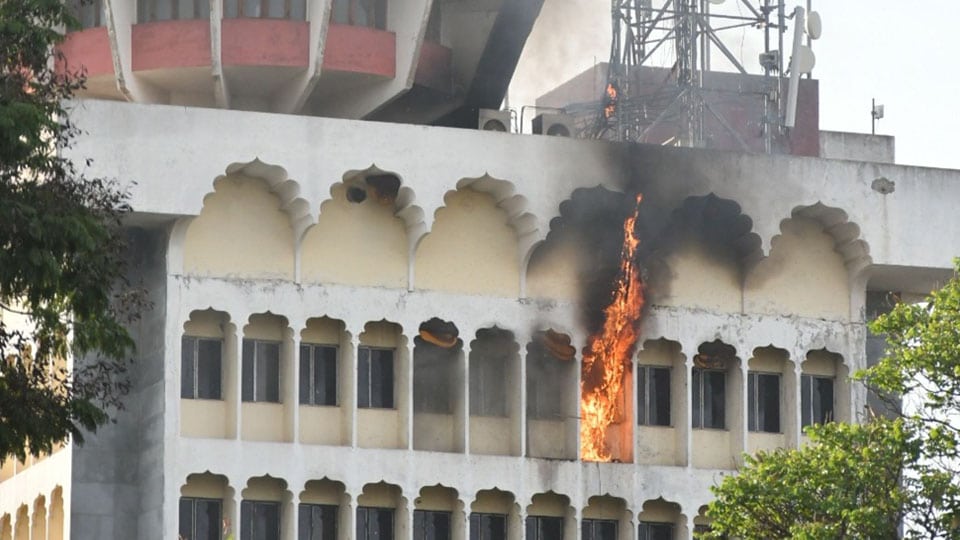 Fire at IAH Tower in city

Mysuru: A mobile tower atop IAH Towers on JLB Road, opposite Christ the King Convent (CKC), caught fire last evening due to short circuit. The tower is installed on the sixth floor of IAH Tower and the fire was seen in the wires leading to the mobile tower.

The employees of a BPO who were working on the fifth floor saw the fire and immediately ran out for safety and informed the Fire Service Department in Saraswathipuram. Fire Brigade personnel rushed to the spot in two vans and after nearly two-hour operation managed to put out the fire. 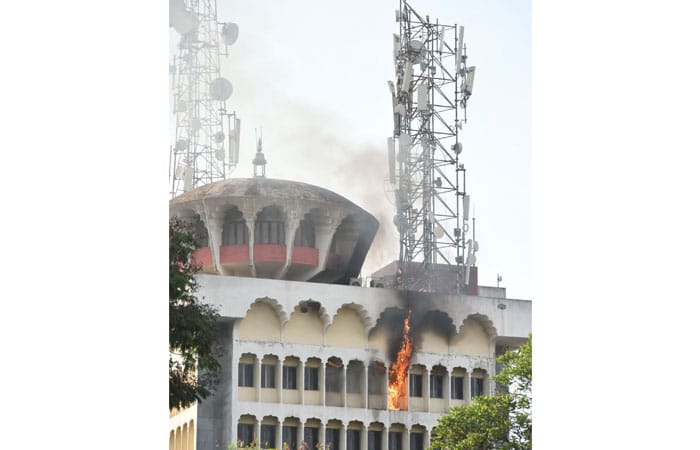 However, there was no damage to the mobile tower in the fire. But the residents are concerned about the safety of installing mobile towers in residential areas.