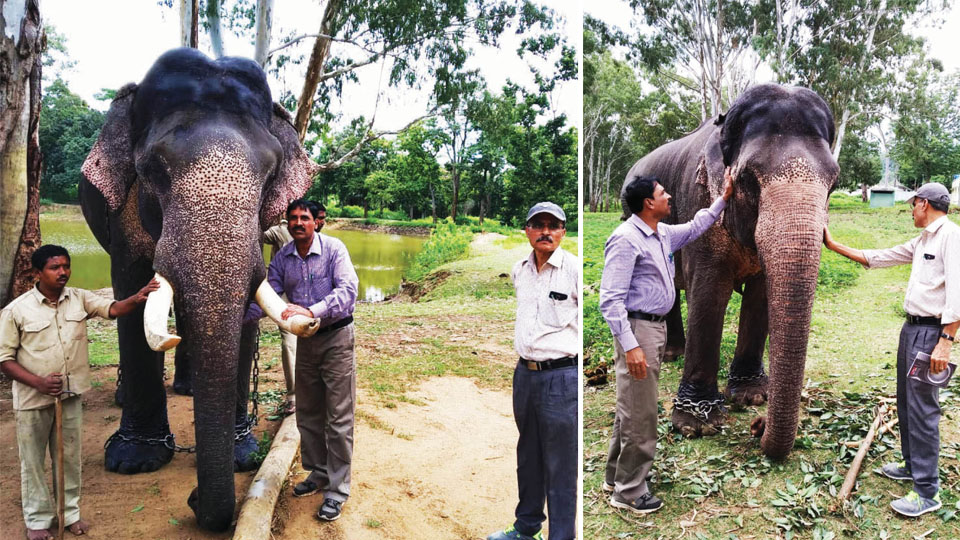 First batch of Dasara elephants likely to arrive around Aug. 20

Mysuru: The annual ritual of selecting Dasara elephants is on and the Forest Department officials are going to different elephant camps in Mysuru and Kodagu to prepare a preliminary list of elephants that are eligible to participate in the grand event. An initial list of 14 elephants has been prepared.

They checked the health conditions, stamina, age, behaviour and the experience of elephants. The first list was prepared after the elephants are certified fit to take part in the festivities. The elephants were also examined for Dasara participation experience, health, weight and overall fitness.

Tuskers were examined for the condition of ‘Musth,’ where generally the behaviour of the elephants will be volatile and sometimes violent. Weaning mother elephants were examined for pregnancy, post-delivery health and the doctors will decide on separating the mother and calf if the feeding period is over.

The first batch of elephants is likely to arrive at the Mysore Palace around Aug. 20. Navaratri will begin on Sept. 29 and the Vijayadashami falls on Oct. 8. The 12 elephants have to be trained, well fed and groomed for a grand penultimate day of the festival.