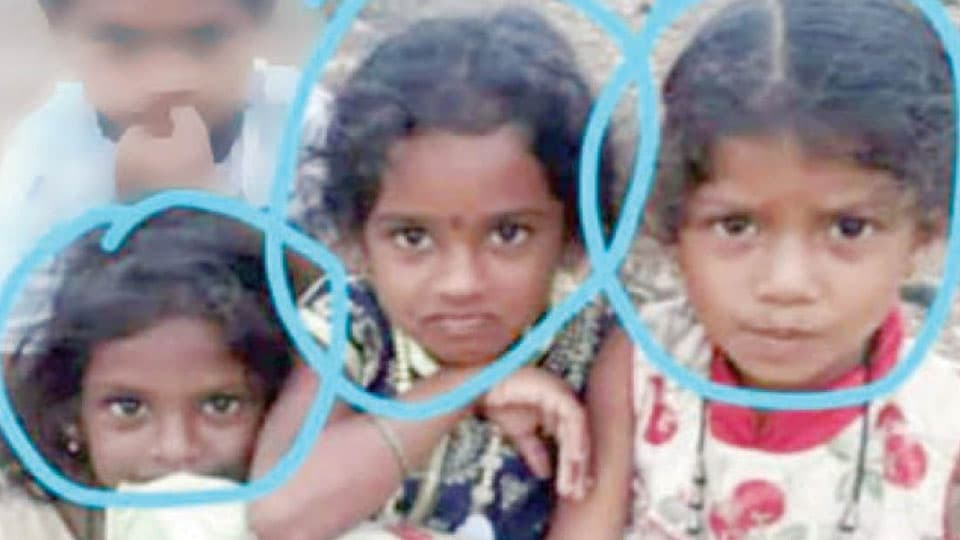 Hanur/Maddur: In separate incidents, three little girls and two boys were drowned in a river and a stream at Hanur taluk and Maddur.

In the first incident, three girls, who were playing in a stream, were drowned after being swept away in Ramegowdanahalli village at the foot of Mahadeshwara Hill in Hanur taluk.

The deceased girls are Nikhita (6), Anupama (5) and Praneeta (5). They were studying at an Anganwadi Centre in the village. With Sunday being a holiday, the three girls went along with their grandfather Chinnappi to the field to spend time. When Chinnappi was working in the field, the little girls went to the stream which was flowing next to the field to play. As the water was flowing in full force, all the three girls were swept away and were drowned.

Mahadeshwara Hill Police, who rushed to the spot, conducted an inspection and fished out the bodies of the three girls besides registering a case.

In another incident, two boys, who had gone for a swim in Shimsha River on Saturday, were drowned. The deceased boys are H.N. Naveen (15), son of Singarishetty of Hulaganahalli village and Manu (9), son of Doreswamy of Matanakoppal village in Nagamangala taluk.

On Saturday evening, Naveen and Manu, along with their friend Darshan, went for a swim in Shimsha River in Hulaganahalli.

When Naveen and Manu ventured into the water, they began to drown and the shocked Darshan, ran back to the village and informed others. Meanwhile, Home Guards personnel, along with Police, villagers and expert swimmers, began to search the bodies on Saturday night and were able to fish out the bodies of the boys on Sunday morning.