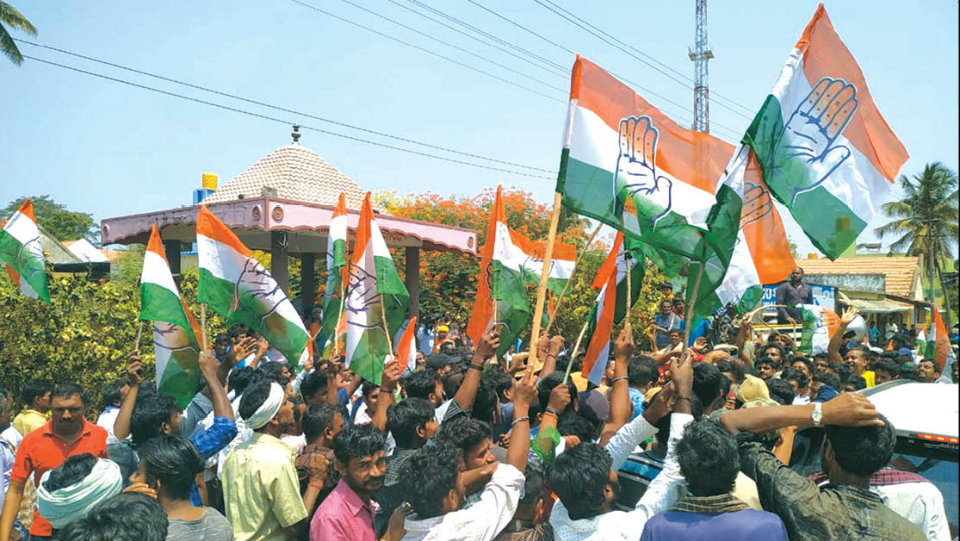 Addressing a press meet here on Wednesday, Nagamangala Block Congress President H.T. Krishnegowda maintained that they would not follow the party’s diktat on following coalition dharma.

Pointing out that the Congress’ existence in Nagamangala was more important than following coalition dharma, he said that the party workers were supporting Sumalatha as a matter of self pride.

He asked the KPCC to understand the feelings of Congress leaders here. Claiming that Congress workers had supported JD(S) candidate L.R. Shivaramegowda in the bypolls for Mandya LS seat held in November last, he reiterated that there was no question of supporting JD(S) candidate Nikhil Kumaraswamy.

Accusing Shivaramegowda of ignoring Congress workers after his win, Krishnegowda lashed out at the JD(S) MP for making crass remarks against Sumalatha and also for raising caste issues in the run up to the polls.

He also expressed hope that Vokkaliga community will support Sumalatha in the LS polls.

Speaking to press persons at Bengaluru on Wednesday, Dinesh Gundu Rao said that party workers have to follow the instructions of AICC President Rahul Gandhi or otherwise the party will throw them out.

Speaking to press persons at coalition candidate Nikhil Kumaraswamy’s poll campaign at H. Malligere in Mandya taluk on Wednesday, he said that the JD(S) has already brought the issue to the notice of the Congress and the Congress high command has warned of disciplinary action.

Maintaining that the poll campaign in Mandya would involve all Congress leaders, Puttaraju said that the Congress was talking to its rebel leaders and issues would be sorted out soon. He further said that nothing was a closed chapter in politics.