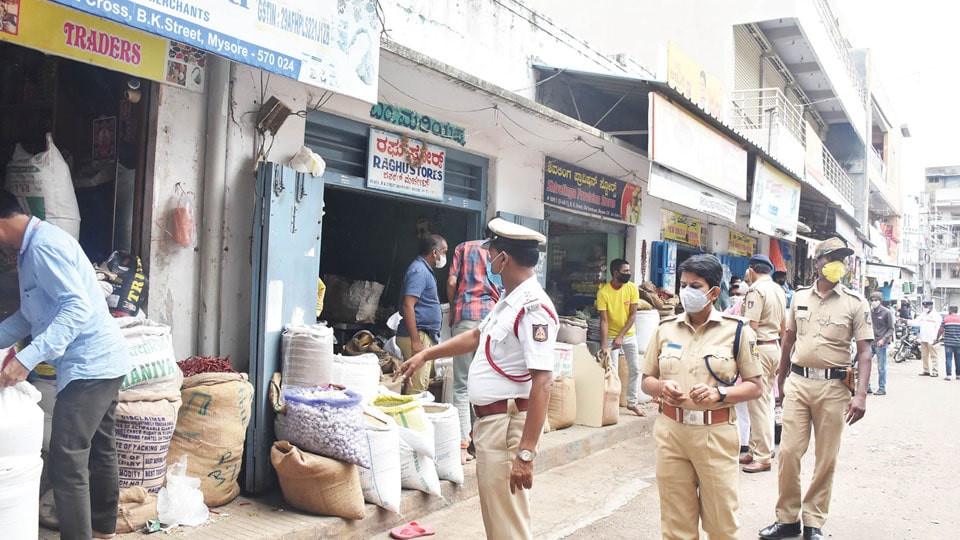 Mysore/Mysuru: Continuing their drive against footpath encroachers, Mysuru City Traffic Police, who conducted the drive on July 20 and 22, have registered a total of 44 cases and have collected spot fines from the offenders.

During the clearance drives, the Police have registered a total of 30 cases under Karnataka Police Act, 14 cases under Motor Vehicle Act besides serving 58 notices and collecting Rs. 5,900 spot fines from the offenders.

City Police Commissioner Dr. Chandragupta said that such footpath clearance drives will continue and legal action will be initiated against those encroaching footpaths in city.