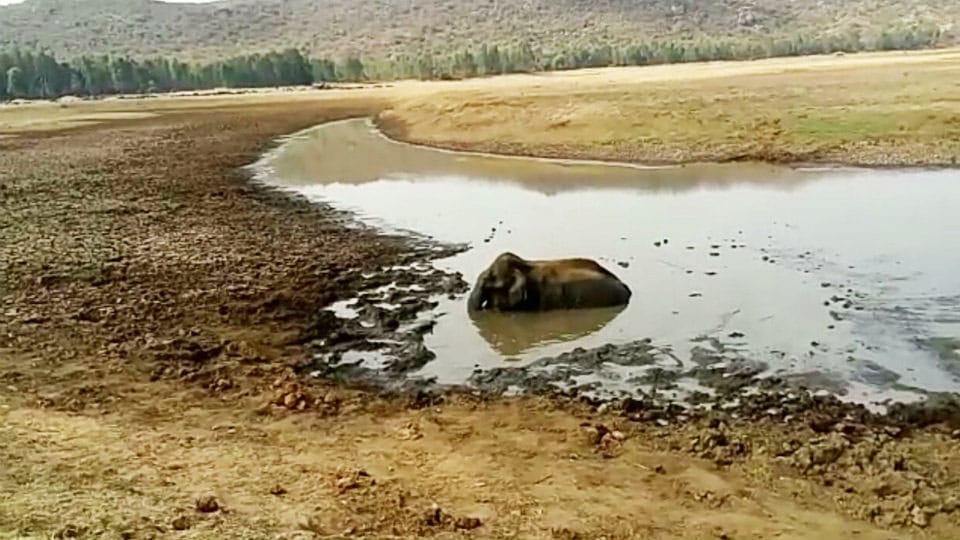 The forest officials this morning rescued a female elephant which was stuck in Krishnaiahna Katte tank slush at BRT Tiger Reserve located near Yelandur in  Chamarajanagar.

Forest officials said that a herd of six elephants had come to the tank to quench their thirst during which one of the elephants got stuck in the slush. The officials arrived at the spot with a JCB and cleared the slush in a three-hour operation.

It is said that the female elephant, aged about 25-30 years, struggled for sometime as it was unable to stand on its feet. After a while, the elephant recuperated and returned to forest to join its herd.  It may be recalled elephant Sidda (35), which had strayed out of forest, died after battling for life after injuring its leg near Manchanbele dam site near Bengaluru recently.

Chamarajanagar Yelandur
Prof.Mane advocates need for cleanliness in college campuses
Pandya left out of Indian squad for next two Tests